Bigger than Ever, it’s Broomball! 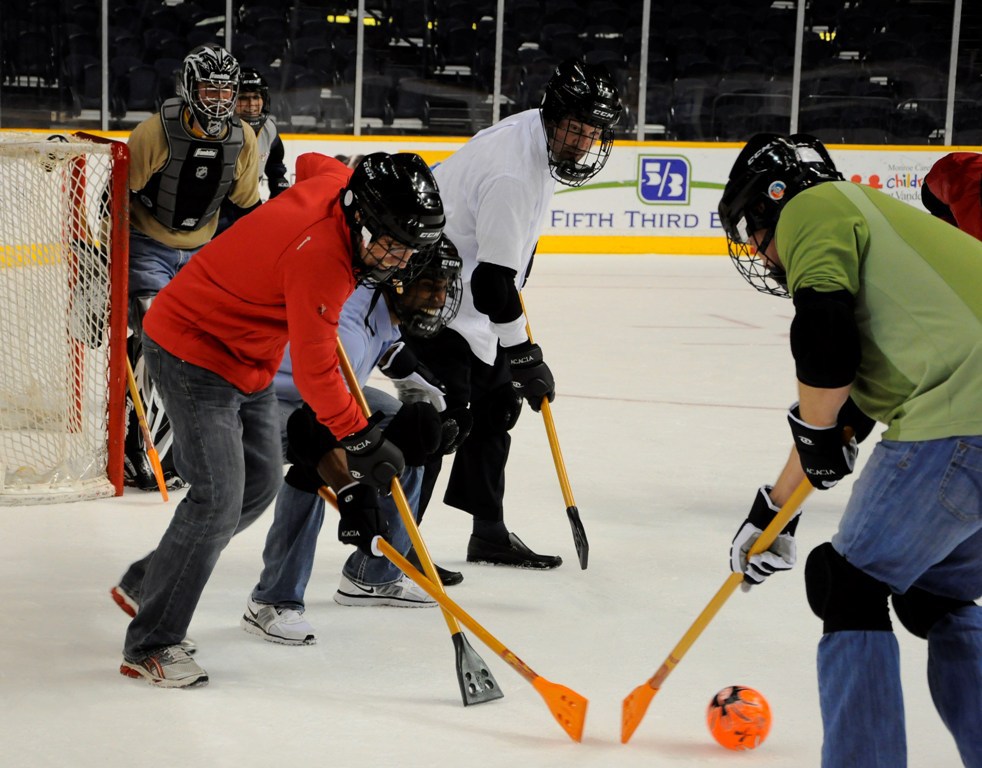 With modest Canadian roots, broomball is gaining serious global momentum as a popular on-ice recreational sport. It seems that wherever there is free ice time, there is a competitive broomball league taking to the rink. With broomball sweeping the nation, now is the time to find out what on earth this sport is all about!

Originally played with soccer balls and corn brooms - hence the name of the game - broomball as we know it has come a long way. The details of the origins of the sport are not well documented, but it is said that the first games were played around the turn of the 20th century by Canadian street car workers, passing the time during long winter shifts. While broomball may not be new to the world of sport and recreation, it is now continuing to grow in popularity, making history worldwide.

The rudiments of the game are still the same, but today broomball employs a standardized rule system and utilizes more sophisticated equipment. Vaguely resembling a combination of hockey and soccer, broomball is played in an ice rink with six players per team on the ice. Wearing specialized flat-soled broomball shoes and equipped with a stick that only vaguely resembles a broom, the object is for each team to score as many points as possible during two 18-minute halves by shooting a ball into their opponent’s goal.

Inspired by the principles of both hockey and soccer, broomball has evolved into a sport all its own over the past several decades. With league-regulated gameplay, specialized equipment, and standardized rules governing the sport worldwide, it is time to make way for broomball in your facility! If your area has not already been touched by broomball, be the first in town to house the movement!