Have Fantasy Sports Changed The Game? 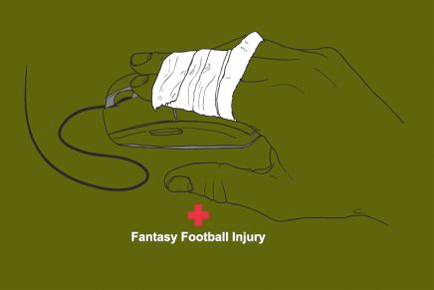 First came sports, then came the internet, then came the immense popularity of online fantasy
sports leagues. But what has this done for the original sports? Some have noted a general
increase in fandom, even a shift in how sports are reported and broadcast. Others prefer to
believe that any spike in interest in their favorite sport is as organic as can be. No matter what
you believe, it’s hard not to speculate on this peculiar relationship between fantasy and reality.
There are essentially two different types of fantasy sports fans: those who were fans before
fantasy leagues, and those who are fans because of fantasy leagues. The spectator experience
is unique for each faction of fandom, each rooting for a particular outcome in a given game.
The lifelong fan roots for his favorite team; his desire for that team to win supersedes his desire
for points in a hypothetical game. The lifelong fan feels torn between the interests of his fantasy
and the interests of his favorite team, suffering pangs of guilt when a fantasy win means home
team defeat. But as a sports fan, he ultimately enjoys the multifaceted spectator experience
made possible by his true love of the game coupled with hiss participation in fantasy sports.
Conversely, the fantasy-centric fan likely had a lukewarm taste for the sport prior to his
involvement in virtual team management. He might be drawn to the chance to win some money
in a fantasy pool. Maybe he is engulfed in the social media dynamic to fantasy sports. Or
maybe he just has a thing for numbers and seized this opportunity to really invest himself in
sports statistics. Rather than rooting for one team to win over another, the fantasy fan roots for
certain plays and scoring patterns that will maximize his virtual points. For this, the fantasy fan
is no less of a fan, just a fan of a different sort.
Coincidence or not, the explosive popularity of online sports leagues over the past several years
has been accompanied by changes in the way we view those sports. Entire television programs
are dedicated to the analysis of touchdown plays and homeruns, and NFL has partnered with
cell phone networks as well as cable providers to maximize the accessibility of stats and figures,
ultimately making sportscasting more fantasy friendly. No matter the reason, our favorite sports
are growing exponentially in popularity these days. When the rising sea of fans reaches your
stadium, will your facility be ready to accommodate them all?