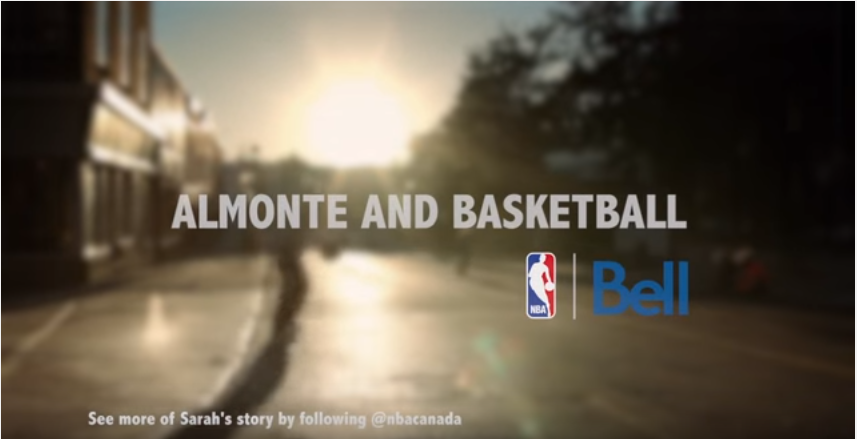 Narrated by Almonte’s Jeff Mills of Mills Community support, the NBA’s Canadian division released a special video depicting life in the hometown of basketball’s inventor and the redevelopment of a local park.

In October 2015, our team was extremely proud to have been a part of the revitalization of Augusta St. Park in our hometown of Almonte, Ontario. Following the wishes of a special young lady named Sarah, NBA Canada, Bell Canada and local organizations such as Mills Community Support and the Almonte Civitan pitched in to grant the young lady’s wish of a safe outdoor basketball court she could enjoy with her friends.

The contribution came on the heels of the game of basketball’s 125th anniversary and we were happy to have supplied and installed the outdoor basketball systems now utilized in the park. The upgrades to the park also included a freshly-paved, raised playing surface complete with professionally painted centre-court, free throw lines and circles.

The video opens with the introduction of Sarah, her love for the game and her enthusiastic outlook on life and moves into the history of James Naismith’s time spent in his hometown of Almonte. Jeff Mills then goes into detail regarding the development of the park and the strong community involvement that ultimately blossomed from Sarah’s wish.

We are proud that our company is headquartered in the hometown of the inventor of basketball, as well as proud of the idea behind this project and with the unique opportunity of being directly involved in it. It is a project that was an honour to be a part of and one we will never forget.

We invite you to view this story in its entirety below and learn more about Sarah’s wish and how a community and the NBArallied behind her.