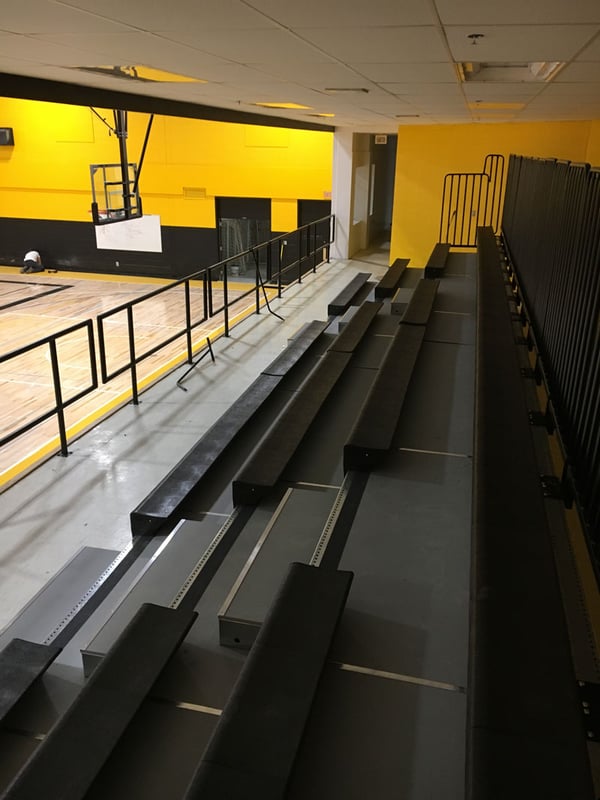 Located on the Island of Montreal, Lachine is a borough of the city in southwestern Quebec. Thought to have been named in 1667 after its then owner René-Robert Cavelier de La Salle attempted to find passage to Asia while exploring the interior of North America. It was aptly named Lachine, (from the French language, la Chine (China)) and has a colourful history leading up to its incorporation as a city in 1872 and then finally being merged as a part of the City of Montreal in 2002.

In one of our more recent projects this fall, our team was on the ground in Lachine, working closely with our partners at ANA Architecture on a retractable bleacher project at a local high school.

Following some good initial conversations and the makings of an established relationship with ANA Architecture, they reached out to our team for specifications on a new telescopic bleacher for the school’s gymnasium. 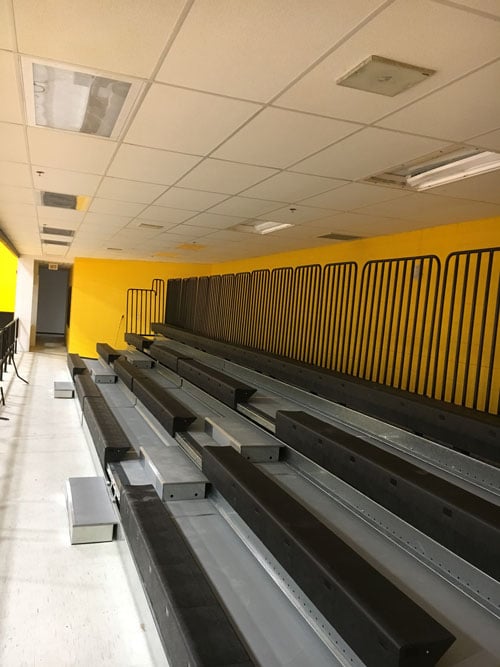 Once product specifications were completed, the project was released as a public tender and was won by Construction Batilia who also came to us to have a more detailed look at our telescopic bleachers as specified by ANA Architecture.

After going over the product and the long list of advantages they provide not only from an installation standpoint but also for prospective use by the school, it was decided that our product would be installed in the school.

Installed during mid-October, the entire process went off without a hitch, giving students at École secondaire Dalbé-Viau even more to cheer about.