A Completely Customized Bleacher for The Country Day School 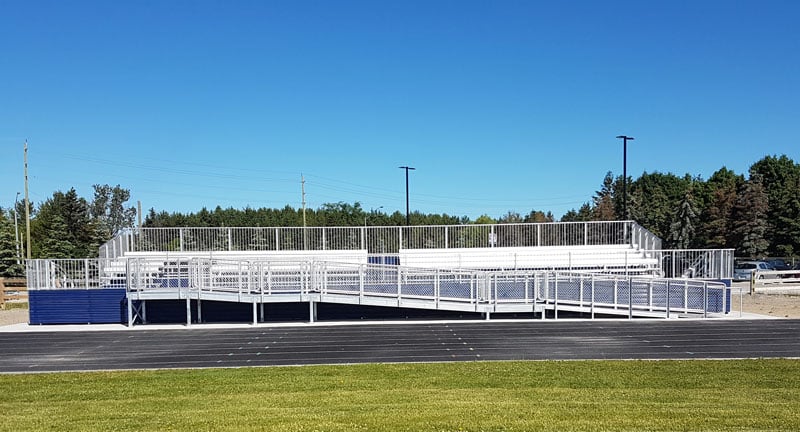 It was the early 1970s in King Township, just north of Toronto. The local government decided it was time to shut down the country schools in outlying areas, promising to bus local primary students to one of the newer regional public elementary schools.

At the time, parents of children enrolled in country schools were skeptical of the larger institution’s ability to create the warmth and commitment they had grown accustomed to in smaller country schools.

So these parents formed a coalition that would determine the feasibility of opening a co-ed private school for students in grades 1-8 in King Township. After the research was completed, the decision was made to begin preparations to complete what would soon become known as The Country Day School – opening in the fall of 1972.

Today, the school serves students from JK all the way to grade 12 and is recognized as one of Canada’s top independent schools. 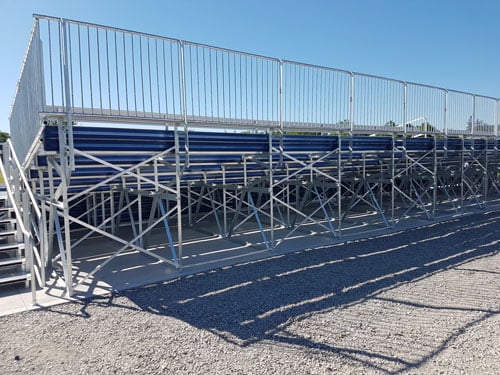 Situated on a beautiful 100-acre property, it boasts a number of both academic and athletic facilities for its student body to enjoy. As part of some recent upgrades to the school’s new track at Hawksworth Field, our team was contacted by the school after reviewing our work at Queen’s University.

To complement the new track, turf and score clock, the school was interested in designing a truly unique bleacher system that would become the centerpiece, not only of the field, but of the school’s athletic programming. 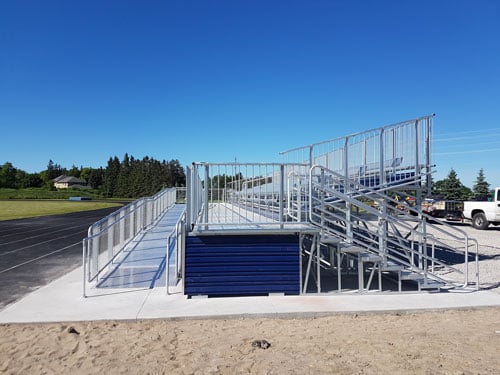 Working closely with key stakeholders within the school, we listened carefully as they told their story and the vision they had for the new bleacher seating structure. As stated above, it was clear this was to be a structure that would be visible immediately upon entering the property and one that would be completely customized in design.

After fielding the requests, our team immediately got to work, providing stakeholders with detailed designs of the initial structure. The bleacher was designed to be elevated to offer spectators unbeatable sightlines, would include completely accessible ramps and seating and a custom vertical picket system as an upgrade to the already stellar seating structure.

Additionally, the façade and riser planks of the bleacher was coated in a completely custom cobalt blue colour.

As production kicked off in late January of 2018, the bleacher was completely installed during the summer months. Measuring at 60 feet in length and five rows in height, the structure can accommodate approximately 200 spectators – a truly unique structure, unlike any we had previously designed. 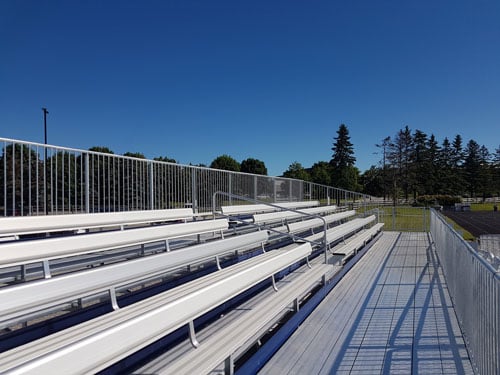 As a second phase to the project, we have also been commissioned to design and install a custom windscreen to be utilized at the rear of the bleacher.