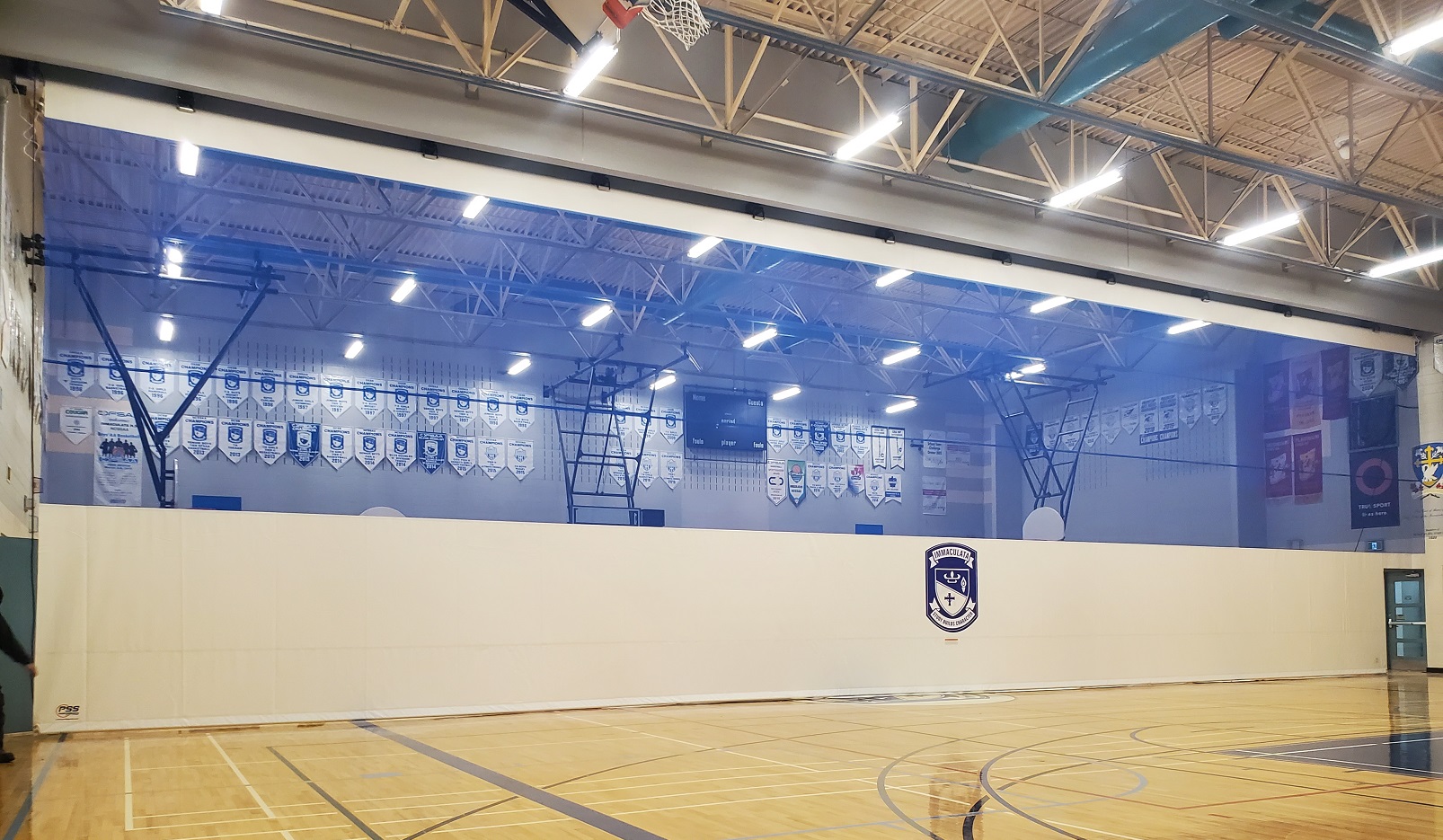 Located along the Rideau Canal, one of our most recent projects brought us into Canada’s national capital to work on another gym partition that needed replacing.

Originally founded as an all-girls school in 1928, Immaculata High School opened with an initial enrollment of just 85 at the site of the former Christie mansion. The following year, enrollment nearly doubled, and a new building was quickly constructed, and the school’s first commencement followed.

It wasn’t until 1978 that male students were enrolled at the school as enrollment swelled to nearly 1,000 students towards the end of the 1980s. After 65 years of education, the school officially moved to its current location along the canal and currently serves as home to the school’s sports team, the Immaculata Saints.

Serving as home to the Saints, our project led us to the gymnasium of this historic school where an outdated and dangerous partition was still used to separate the gymnasium when required. These aged systems are often unsafe to operate and, in some cases, result in serious injury or even death when not serviced or replaced on time. Working closely with the Ottawa Catholic School Board and with our partners at Laplante Builders, we were tasked with planning the removal and disposal of the existing partition. Following that, the school commissioned us to design and install a new, state-of-the-art gym divider curtain.

After being awarded the work, site visits and measurements were immediately taken to assess the process of removing what was currently installed in the gymnasium. Following that, those details were forwarded to our design team who then designed the perfect solution to meet the gym’s separation requirements.

It was decided that our top-roll gym divider curtain would be the best fit for the space allotted and the amount of scheduled use. In what is perhaps the most aesthetically pleasing curtain on the market today, these curtains eliminate the need for cables, belts or straps and require minimal overhead storage space.

In addition to choosing a great product with this curtain, the school took the design a step further and worked with our team to have the school’s logo adhered to the curtain as well.

Following the approval process, our team was dispatched, initially to remove the existing partition, then to install the new curtain.

Today, the gymnasium at Immaculata High School features a safe alternative to what once was in place and a safe future of athletic operations ahead.