Baseball Padding for the U-18 Baseball World Cup 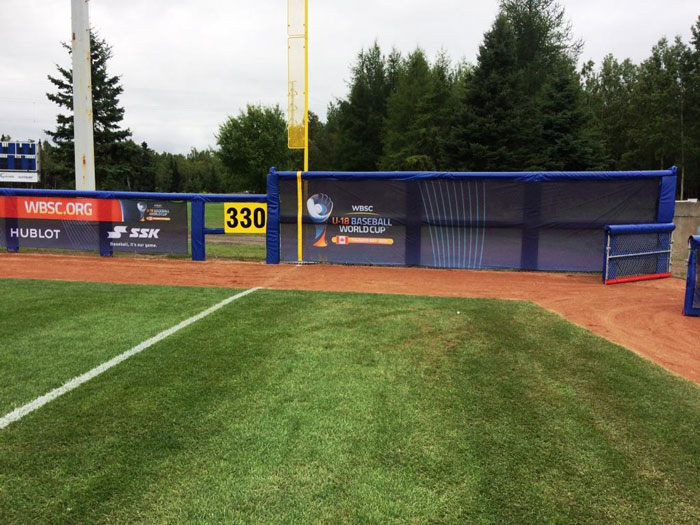 Playing host to its second hosting of the U-18 Baseball World Cup, Thunder Bay, Ontario lived up to the hype and so much more in last month’s tournament. Acting as the governing body for the sports of both baseball and softball, the World Baseball Softball Confederation (WBSC) was established in 2013 when the International Softball Federation and the International Baseball Federation merged to form one singular regulatory committee.

As such, the newly formed confederation organizes a series of World Cup events held in various locations around the world to test the fortitude of baseball players worldwide. The host city selection process can be an arduous one for applicants as the governing body evaluates every aspect of the host city’s application.

Having won a previous application in 2004, and then hosting the tournament in 2010, the City of Thunder Bay was excited to once again, throw their name in the hat for this year’s installation of the U-18 baseball tournament. In February of 2014, it was made official; the tournament would return to “Canada’s Gateway to the West.”

With over seven years between tournaments, the city quickly got to work identifying what portions of the baseball fields needed improvement before the 10-day tournament kicked off on September 1, 2017.

After some preliminary investigation, officials deemed the baseball wall and post padding was in need of replacement along with some of the perimeter spectator protection netting. Once the initial problems were identified, our team was contacted, prompting our representatives to catch the next flight up to Thunder Bay to properly assess the field, padding, and netting.

On the ground, our team accurately took measurements of the fencing, posts, and backstops.  With a firm deadline of August 21, 2017, before the tournament started, production was slated to begin as soon as the measurements were acquired, allowing our design team to step up to the plate. Production began shortly thereafter as this large padding production project was completed in stages to allow for those on the ground in Thunder Bay to begin the installation process. 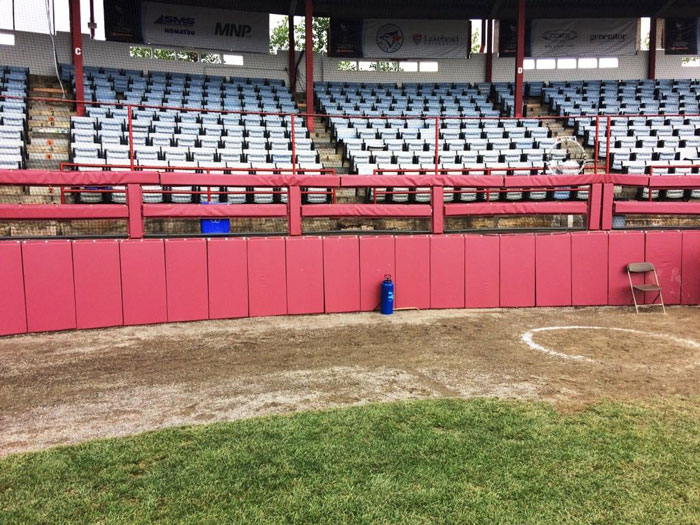 In the end, the entire outfield fences, posts, and backstops were properly padded well ahead of time, allowing tournament organizers the opportunity to tend to more pressing business.

The tournament was another massive success with the United States going undefeated through the entire tournament and taking home the 2017 U-18 Baseball World Cup.