New Bleachers for Inspiration Village as Part of Ottawa 2017 Celebrations

As part of Canada’s upcoming 150th birthday bash, the Ottawa 2017 committee has planned big events for the past few months and has much more to come in the next few months.. As Canada Day approaches on July 1 of this year, Ottawa 2017 planned 12 months of immersive and moving experiences to complement national celebrations and upcoming events and festivals.

Concentrated in the Nation’s Capital, Ottawa 2017 is cementing the city as the best place for Canadians of all ages to celebrate the 150th anniversary of this great country’s confederation.

As part of the campaign, year-long events such as Ignite 150, Ottawa Welcomes the World and Agri 150 are set to entertain and inform both residents and visitors throughout the entire 12-month tenure.  Scattered throughout the year are marquee events such as Red Bull Crashed Ice, a Stanley Cup Tribute, the Juno Awards, Sky Lounge, the 105th Grey Cup, NHL100 Classic, among others.

Another such event is Ottawa’s Inspiration Village in the city’s historic ByWard Market.  Designed and built using sea containers, the display includes a sound studio for recording stories from visitors, culinary demonstrations, a dress-up photo booth, virtual tours of Canada’s National Parks along with live music and many other Canada-centric displays. 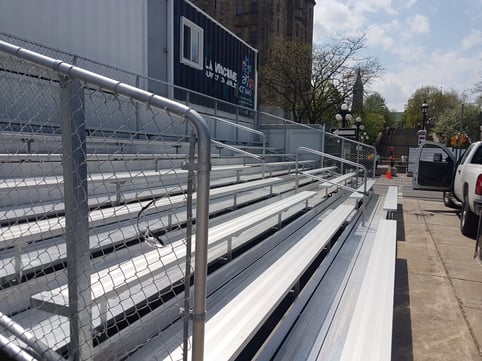 As part of this display, we were contracted by our colleagues at Dymech Engineering, who were designing the display.  As part of the many demonstrations, organizers needed sufficient seating space for those looking to take in some of the demonstrations and performances taking place over the course of the celebrations.

As such, we proudly designed and built a 10-row bleacher bank of seating measuring 38’ in length and installed it on York Street in downtown Ottawa, that can accomodate up to 179 spectators with views of the picturesque Parliament buildings in the background. 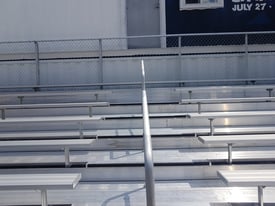 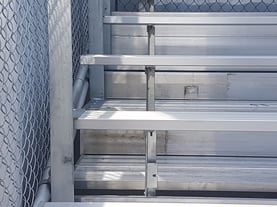 Inspiration Village is currently running until September 4, 2017 and features new shows and displays each week as updated on the Ottawa 2017 website.