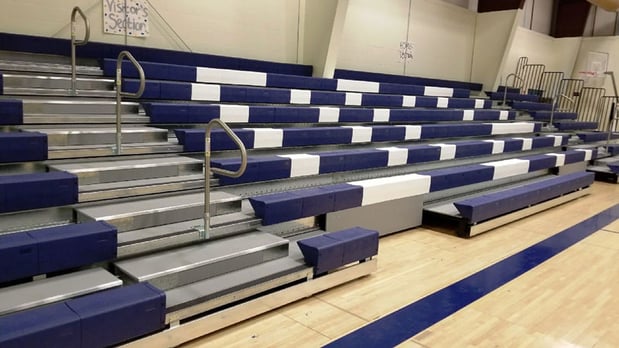 Founded in 1972 under another name, what is now known as Omaha Christian Academy began by serving 30 elementary school students with a faculty of only four teachers. Changing to its current name in 1988 and transferring to the former General Motors training facility three years later, the Academy then occupied two other spaces before settling into its permanent location.

In 2009, classes kicked off in the academy’s current location after a $1.7 million capital campaign and after many years of growth.

Today, Omaha Christian Academy services students from pre-kindergarten all the way up to high school, preparing the next generation for post-secondary education and beyond into their professional lives. In addition to educational excellence, the school is also home to a robust athletics program which includes teams in sports such as football, cheerleading, volleyball, basketball, soccer, baseball and more.

As part of their athletics program, the school reached out to our team in search of some bleacher seating for their gymnasium. With a growing student body, the need for additional seating became apparent and the school was interested in a solution that would allow for additional seating when needed and that would add to the overall aesthetic of the facility. With help from our partners at Crouch Recreation in Nebraska, a site visit was quickly scheduled and measurements were acquired and passed along to our award-winning design team. 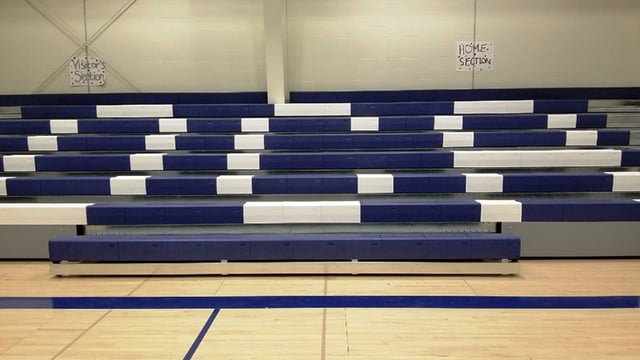 With some challenging architectural features such as steel columns along the wall where the bleachers were to be placed, our team quickly got to work on potential installation solutions.

What was selected was a eight-row bank of telescopic bleachers that would allow for both home and visitor side seating.

“The bleachers turned out better than we imagined. The bleachers have made such a huge difference in how our gym looks and we have gotten lots of compliments on them. Every detail was done to our specs and needs. “ – Superintendent. Fred Ivey

This project is yet another testament to the strength of our dealer network and could not have been completed as smoothly without the help of our colleagues at Crouch Recreation. In what was truly a team effort, all stakeholders involved were extremely thrilled with the final results.