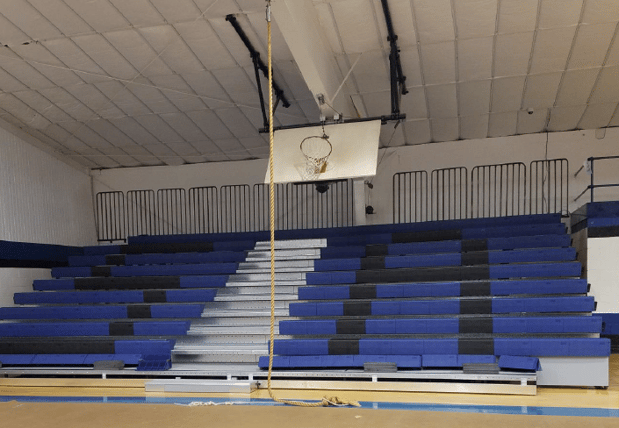 Bordered by the Chesapeake Bay and the Appalachian Mountains, the state of Virginia or Old Dominion is rich in American history and tradition. One of the original 13 colonies, today the state of Virginia is home to nearly 9 million people and borders the country’s capital, Washington D.C.

One of our most recent projects brought us to Virginia when we were contacted by officials at the Southampton Academy in the southern portion of the state. A private school located in the small town of Courtland, Virginia, Southampton Academy is carving out a piece of history for itself as it continues to gain notoriety as both an educationally and athletically gifted institution.

Home of the Raiders, the school is proud to be the 2015, 2016 and 2017 VISAA III Baseball and Softball State Champions as well as the 2015 NCISAA 1A 8 Man Football State Champions. Offering a variety of programming from baseball, football, and golf to cheerleading and soccer, Southampton Academy actively engages their student body in competitive athletic play.

As such, we were contacted to design a solution for the aging bleachers in one of the school’s gymnasiums.As the bleachers were no longer deemed safe by school officials, they were actively seeking a solution to the problem.

As we handled the initial consultation, the next phase was handed down to our partners at Sparks@Play, conveniently located nearby in Maryland. With a strong, sharp-minded team, we had little to worry about as they took the reigns on this exciting project.

Working in tandem with Sparks@Play and officials from the school, a state-of-the-art retractable bleacher system was designed for the space and eventually manufactured and shipped directly to the school for installation. Given some unique design challenges of the existing space, a number of site visits were required to acquire accurate measurements for the new bleachers. 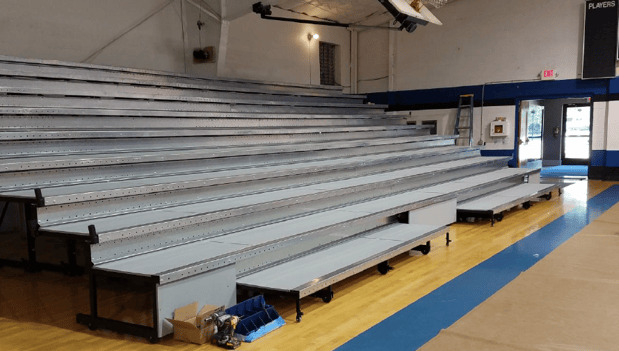 Our partners at Sparks@Play did a wonderful job communicating the nuances of the gymnasium and proposed space, delivering measurements with pinpoint accuracy for our design team to utilize.

What was eventually delivered was a beautiful retractable bank of bleachers, complete with custom lettering, displaying the school’s initials and custom colors. The bleachers now sit patiently awaiting the return of the students for the upcoming 2017-2018 school year and all of the athletic events that will soon follow.