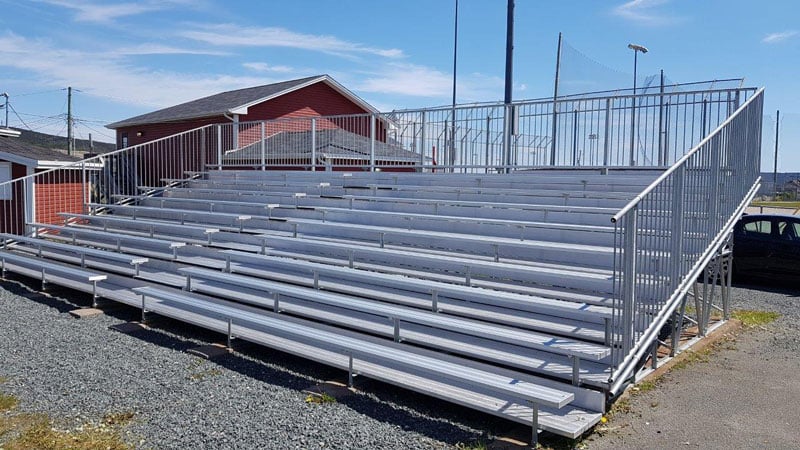 Nestled on the Canadian east coast lies the historic island of Newfoundland. With one of North America’s oldest European settlements dating from the early 16thcentury, the island is marred with a colourful history that is still visible today.

Heading southwest from the province’s capital of St. John’s lies the quaint city of Mount Pearl – a suburb of the nearby capital city. As the second most populous city on the island, Mount Pearl shares much of the rich history with its neighbouring city and today the region serves as one of the most popular tourist destinations on Canada’s eastern seaboard.

As part of some recent upgrades to Mount Pearl’s budding recreational program, our partners at Coastline Specialties were heavily involved in the public bid project that requested six bleacher seating structures and a highly customized shelter for a number of city parks and sports fields. 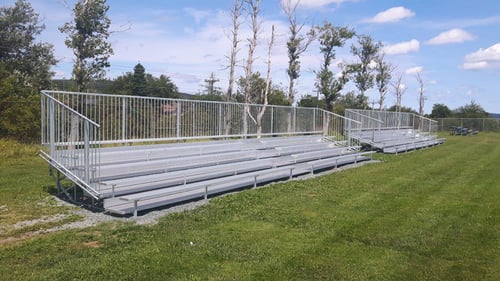 Deeply rooted in community involvement and engagement, the city is blanketed with popular sports fields and recreational complexes for the active members of the community.

Once the project was secured, our team got to work on the planning and design process for the bleachers required for each location. They ranged between five-tiers and ten-tiers in size and varied in length depending on the prospective location for each. The seating structures were to be placed across six different locations across the city and each would require custom vertical picket rails for additional safety.

In addition to the bleachers, our team was also tasked with the design and fabrication of a large shelter structure that would be used above one of our custom bleacher units. Given that the bleacher beneath measured nearly 35 feet in length, the shade structure was quite large and was unlike any other we had previously designed. 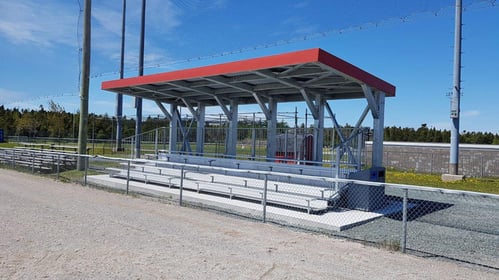 Given the large size of the project, two shipments were required; one for the bleachers and the other for the large structure. The bleachers arrived ahead of schedule and gave the professionals at Coastline Specialties ample time to have them properly installed at various locations before beginning the installation of the shade structure.

Once the bleachers were all in place, the process of installing the shade structure at Richard Levandier Field began. This large-scale project went off without a hitch thanks to all of the key stakeholders from the City of Mount Pearl, our partners at Coastline Specialties and the experienced members of our team.