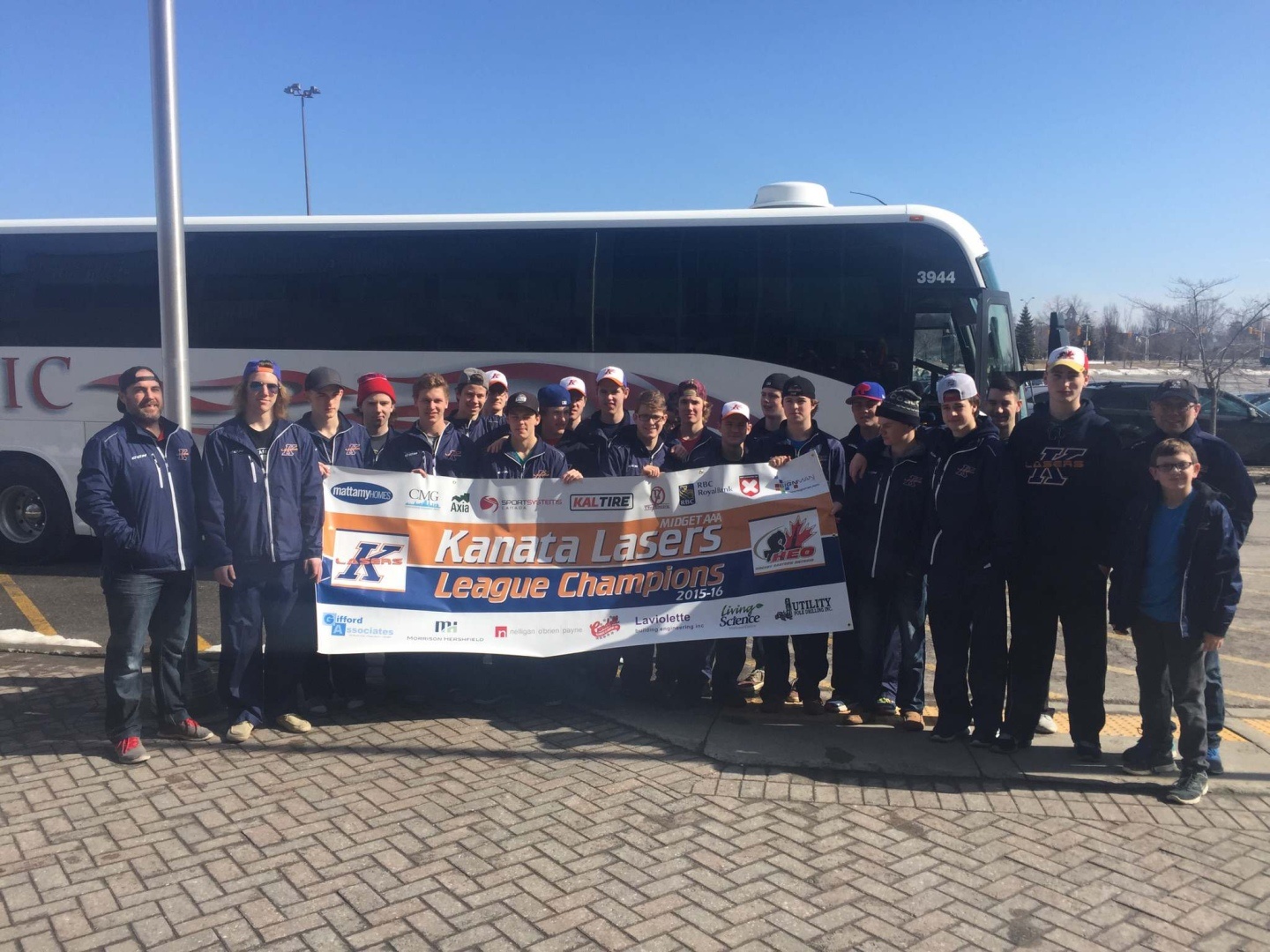 We are the product of a locally-founded and homegrown success story and as such we do all we can to give back and support local causes and organizations where and when possible.

As part of our proud Canadian heritage, hockey is naturally a big part of who we are.  Not only do we specialize in supplying hockey leagues and teams across Canada and the United States with hockey goals, barrier netting and padding, we support the game on a local level as well.

Fresh off an outstanding season and championing the HEO AAA league, the Kanata Lasers AAA Midget hockey team was looking for support as they embarked on their final goal of the season: a shot at the Ontario Provincial Championships earlier in the month of April.

The team picture after winning the AAA League Championships

The Ontario Hockey Federation (OHF) Minor Hockey Championships is an annual three-day event that takes place at the conclusion of every hockey season.  These Championship events are sanctioned through Hockey Canada and crown ten teams as champions across the Atom, PeeWee, Bantam, Midget and Juvenile age groups.

The OHF and Central Region Championships kicked off on March 28, 2016 in Waterloo, Ontario.  The boys battled the best teams in the province and in the end were able to secure the bronze medal at the annual tournament.

We are proud of the team and look forward to watching them get back on the ice next season and getting after the gold.  Congrats, boys!