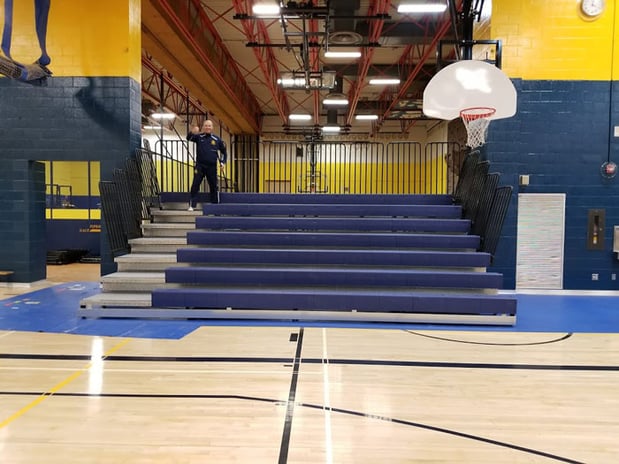 Originally known as Hyatt’s Mill, Sherbrooke, Quebec was renamed after a British General who was Lieutenant Governor of Nova Scotia and Governor General of British North America in the early 1800s.

Nestled along the border of the United States in southern Quebec, the city sits at the confluence of the Saint-Francois and Magog Rivers, boasting a population of roughly 220,000 residents. The city is a hub of post-secondary educational institutions such as the Université de Sherbrooke and Bishop’s University. The educational sector of the city boasts over 40,000 students and provides jobs for roughly 11,000 of the city’s residents.

One of our more recent projects afforded us the opportunity to work in this picturesque town, lined with British architecture and history. As part of some updates in the schools’ gymnasium, stakeholders from Alexander Galt Regional High School (AGRHS) reached out to us for help with some indoor bleacher seating.

Providing education for close to 1,000 students, AGRHS is home to Proud Piper athletics which supports programming for sports such as basketball, badminton, curling, hockey, soccer and more. 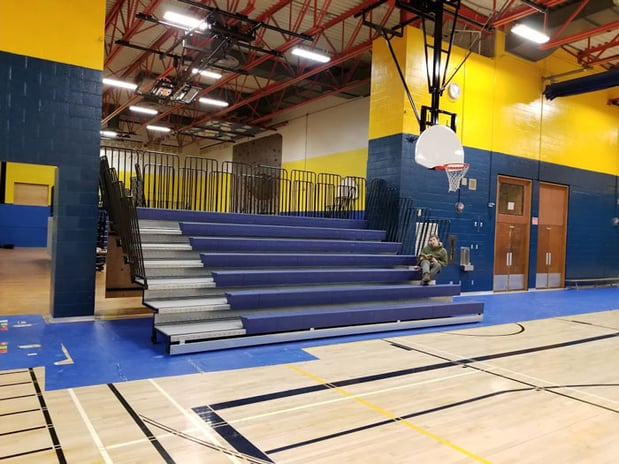 What was selected was a 7-tier retractable system with custom blue colouring for seating to match the school’s colours and enhance the already strong spirit that is alive and well at AGRHS.

Installed with side and rear guardrails for additional safety, our partners in Quebec quickly had the seating system assembled and installed on-site.