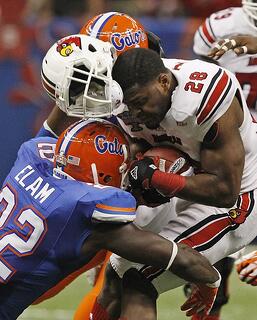 American football is a long-time favorite in the United States, for athletes and spectators alike. Kids fall in love with the game after their first Pop Warner practice, and parents are proud to see their little star getting involved with an activity that is fun for the whole family.

Holidays like Thanksgiving in America often bring family members together for a game of friendly two-hand-touch - that is, until it’s time to watch their favorite team’s kickoff for the Thanksgiving Day NFL matchups. Super Bowl Sunday is practically a holiday in the US, gathering people together for no other reason than to celebrate the National Football League Championship.

While throwing the old pigskin is fun, nothing beats watching the pros make those hard tackles. But for years now, the elephant in the room regarding the rough nature of NFL and NCAA football in particular has been the consequential concussion rates among players.

Both Professional and College Football leagues have been under scrutiny for their handling of head injuries on the field. A rising number of players suffering play-related traumatic brain injuries are reporting ongoing complications after retirement related to chronic traumatic encephalopathy. But after decades of criticism and litigation on the matter, there may be hope.

A recent study published in the Journal of Neurosurgery indicated that certain helmets can reduce the risk of concussion by more than 50%. These findings were based on over 1.2 million head impacts of more than 1,800 over six seasons. This is the first study to consider how many times a player was hit as well as the type of helmet he was wearing.

No football helmet can eliminate the risk of head and neck injury, but with careful design, we can have every player wearing the safest available helmet. Thanks to the researchers and the study’s participants from Brown, Dartmouth, Indiana, Illinois, Minnesota, North Carolina, Oklahoma, and Virginia Tech, we are one step closer combating concussions in on the football field.