Two Gym Divider Curtains for the City of Kirkland 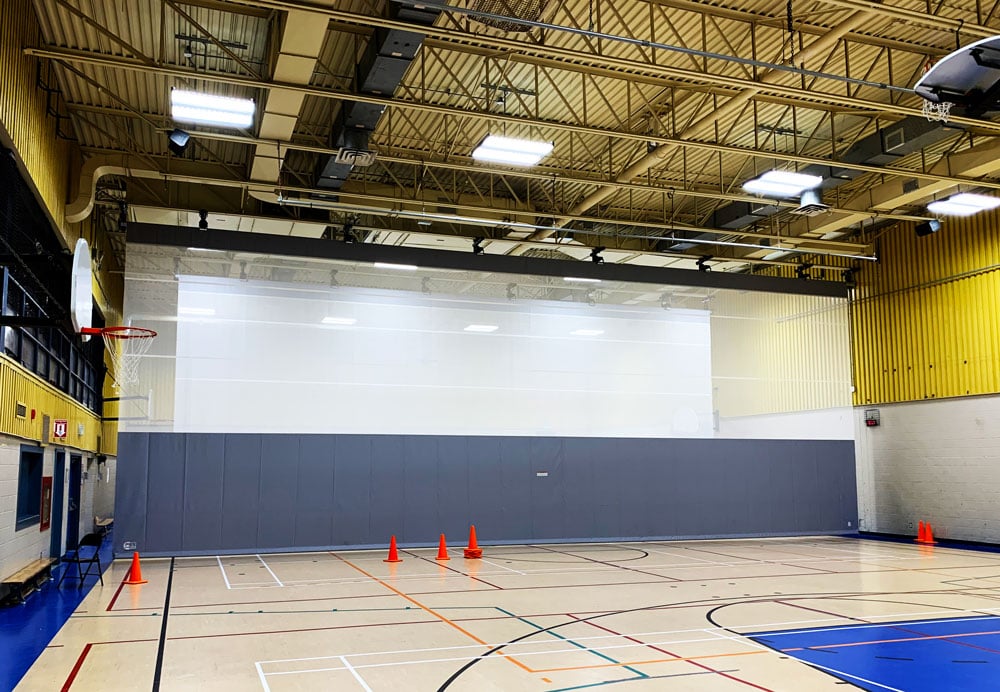 On the west-end of the Island of Montreal lies the City of Kirkland. This small suburb serves as a residential community close to the hustle and bustle of downtown Montreal. Originally incorporated as a municipality in 1961, Kirkland was merged into the City of Montreal in 2002 becoming a borough before eventually being re-constituted as an independent city in January of 2006.

The City of Kirkland approached our team in September 2018 as they were looking to secure product and pricing information for a pair of top-roll gym divider curtains as they prepared the 2019 city budget.

After a couple of in-person visits by our installation team, we promptly provided detailed pricing and specifications which aided us in providing the best possible solution for their needs.

The city ultimately agreed that our 4040 top-roll gym divider curtains is the best option on the market today, with their low-maintenance and aesthetically pleasing design.

As the first quarter of 2019 came to a close, the City reached out to our team, placing the order for the two curtains as originally quoted. Looking to have the new dividers installed ahead of the summer months, the client requested a project completion timeline of June 2019. 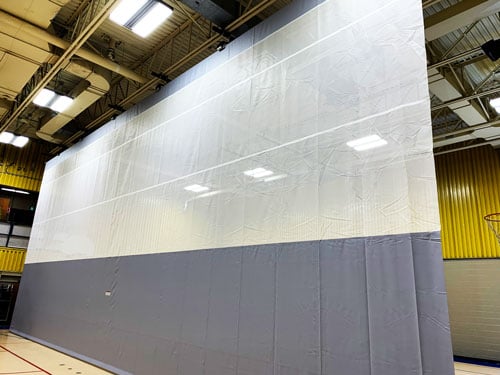 With completed shop drawings on-hand, our installation team was once again on site to go over the final design and to ensure that the city’s needs had not changed since the project was originally quoted.

With signatures on all drawings, the curtains were promptly delivered and installed last month, on time and on schedule, as requested.