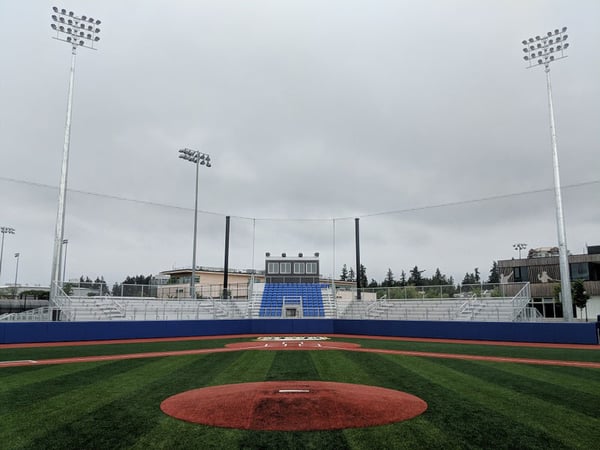 With campuses in both Vancouver and Kelowna, the University of British Columbia (UBC) is the province’s oldest and most established post-secondary institution. With a strong background in scientific advancements, the Vancouver campus is located a mere 10km from downtown and is home to roughly 65,000 undergraduate and postgraduate students across its two campuses.

In addition to housing the world’s largest cyclotron in the school’s national laboratory for particle and nuclear physics, it is also home to the Thunderbirds, representing UBC’s student athletes, with teams in football, basketball, soccer, rugby, swimming and baseball. As part of a complete redesign to the Thunderbirds’ baseball park, our team was enlisted through our partners at RecTec Industries to lend a hand with the seating and customized padding for the stadium.

Starting from the ground up, our team was in charge of planning and designing a custom-mitred, steel angle-frame structure to be hot dipped galvanized after fabrication. The bleachers themselves were to be elevated four feet above the front walkway and would contain a fully closed aluminum decking system. 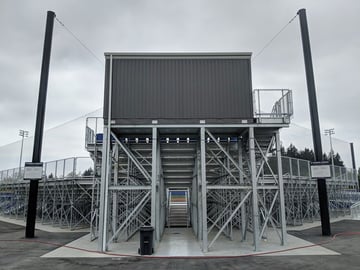 The seating structure was also designed and built to be completely accessible with ramps and a deck-level-accessible wheelchair seating area with companion bench seats. 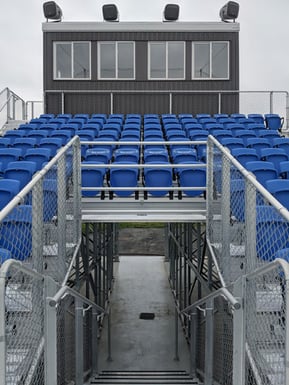 The newly-renovated stadium can now safely seat up to 480 spectators, including 118 customized VIP stadium seats located behind home plate. 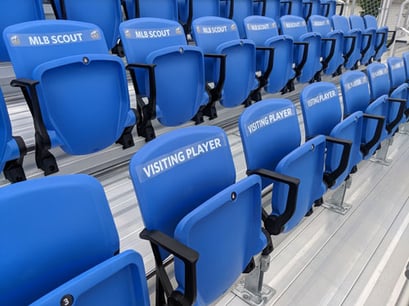 As with most baseball stadiums, safety padding is always a requirement in a number of different areas. In this case, our team was tasked with designing and installing custom-sewn padding for the entire outfield fence in school colours as well as a yellow home run top line. In total, the outfield wall padding covered nearly 600 linear feet. Additionally, the entire backstop located behind home plate and running along the first and third baselines was also equipped with our wood-backed permanent padding. 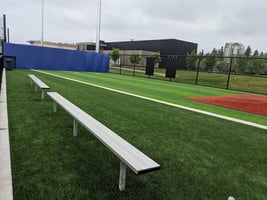 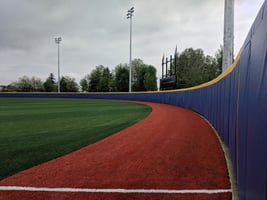 Moving out of the field of play, we also supplied custom padding for each of the bullpens in the catching areas and supplied UBC with players’ benches for additional seating inside each dugout. Along the top and bottom rails in both the home and visiting team dugouts, our safety padding was also installed.