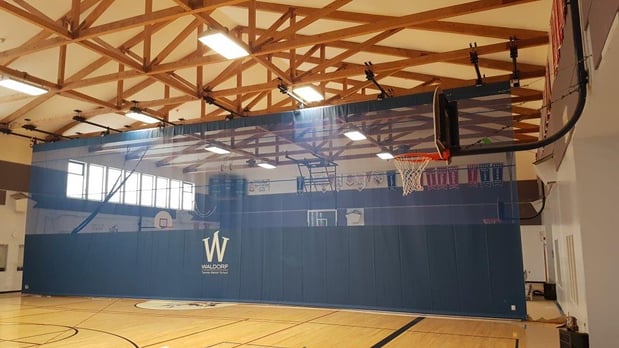 As part of a global education community spanning roughly 2,500 schools, the Waldorf education curriculum is one of the fastest-growing educational approaches in the word.  Rooted in over 90 years of history, the Waldorf model focuses on creative problem solving, the development of personal connections and aiding their students in becoming centred, giving them the necessary confidence to succeed in life.

The Toronto Waldorf School officially opened its doors in the fall of 1968 with 19 children enrolled in Grades 1 and 2.  The rest, as they say, is history.  Today the institution educates children of all ages with programming running from early childhood programs all the way to the school’s Grade 8 curriculum, focusing on developing lifelong learners from within its walls.

Unfortunately, the school suffered a rather large inconvenience during this past winter in which a large water pipe burst, causing catastrophic damage to the facility’s gymnasium.  With hopes of revamping the athletic facility, the school began planning renovations to take place earlier in 2016 that would see the gymnasium remodeled.

As part of the process, the school reached out to us to play an integral part in the remodeling process.  Initially, we were asked to supply and install a new gym divider curtain for the facility, but after an in-depth site visit from our team, accompanying upgrades were suggested, spurring the expansion of the remodeling project.

As you can see in the image above, the curtain was designed to attach securely to the existing trusses.

With our background in facility inspections, our team took note of outdated bleachers as well as missing wall padding beneath the basketball systems that is now a requirement of OPHEA.  Discussions commenced and eventually both sides came to an agreement on not only the gym divider curtain upgrade, but also the addition of three banks of bleachers and customized wall safety padding.

The existing wooden bleachers were removed and replaced with 4 banks of our 3-tier Tip and Roll bleachers, allowing the school to quickly and easily move the seating structures when not in use.  We also designed and installed the customized wall padding beneath each basketball net and installed a state-of-the-art gym divider curtain, complete with logo customization.

With the new upgrades now in place in the school’s gymnasium, both sides are more than confident that the facility is completely up-to-date and ready for the upcoming school year.