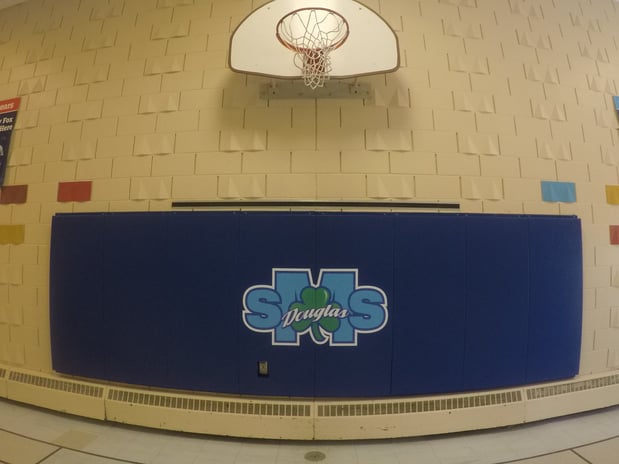 One of our more recent projects brought us to the beautiful Ottawa Valley and one of the area’s epicenters for Irish heritage. Known for its legendary St. Patrick’s Day celebrations each year, the town of Douglas was originally surveyed into farm lots to accommodate settlers from the Irish Isle and soon became a booming region for its timber production.

Today, this small town is part of the Admaston/Bromley Township, which is made up of a number of other small towns and hamlets in the region with a population of roughly 3,000 residents who call it home.

As one of the feeder schools for these small communities, we were recently commissioned by the Renfrew County Catholic District School Board to supply and install some customized padding for St. Michael’s School. The school acts as an inclusive educational conduit, ensuring high academic standards as well as community involvement for all those who attend.

With safety in mind, school board officials approached our team with the request to design, manufacture and install some safety wall and stage padding for the gymnasium at St. Michael’s. Featuring two full courts and two half-court basketball systems, the need for permanently installed wall padding underneath each of the goals was on the agenda. 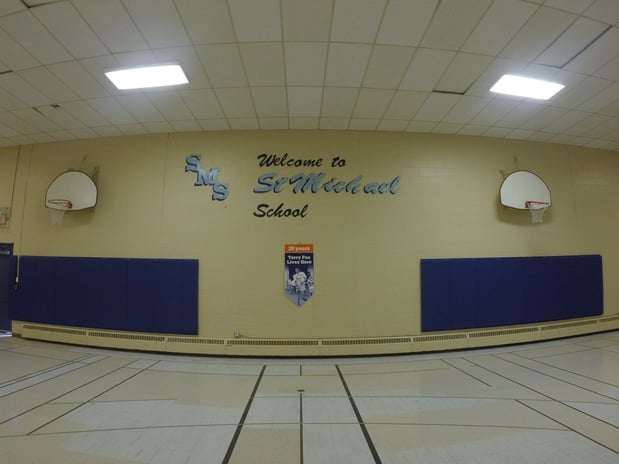 Additionally, the gymnasium also features a stage area which is used for assemblies and theatrical performances in the facility. As such, the school was also in need of a padding solution to protect students and the stage itself during athletic competition. 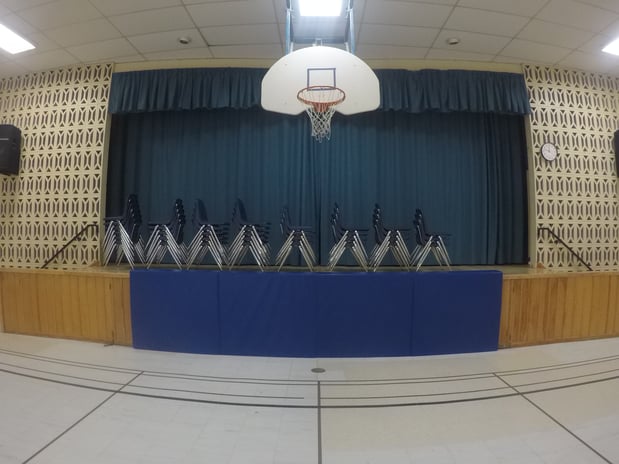 Our design team created three sections of wall padding to be placed beneath the basketball systems as well as a stage padding solution, that featured an overhang to cover the corner of the stage surface. As the centerpiece of the project, the school requested that their logo also be emblazoned on the padding beneath the full court basketball system, featuring a large shamrock, showcasing the school’s and the community’s Irish heritage.