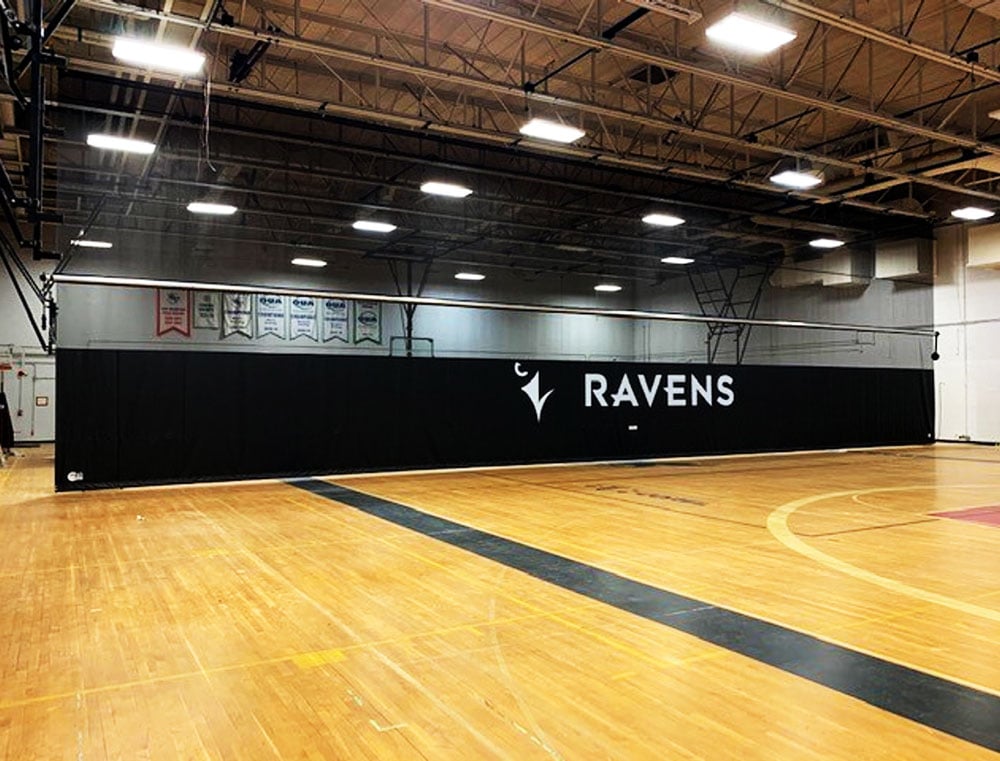 Originally founded as a non-denominational evening college to serve veterans returning from World War II, Carleton University has since blossomed into one of Canada’s most respected post-secondary institutions.

Located in the heart of Canada’s Capital, the university now serves over 31,000 students on its picturesque campus bounded by the world-famous Rideau Canal to the north and the Rideau River to the south.

Over the years, we’ve been privileged to have partnered with the school on numerous occasions and have watched it grow over in tandem with the lovely city we call home. In addition to outfitting a number of other facilities on campus with equipment over the years, we were honored to have been selected to completely redesign and install the school’s grandstand bleachers as well.

As part of some recent upgrades to the school’s multi-purpose indoor gymnasium, we were once again tapped to provide an upgraded solution to the facility. With an outdated fold-up and cable-driven divider curtain in the gymnasium, facility operators were growing concerned as to how safe the divider was and set out in search of a solution.

In addition to a new divider, the school wanted to follow suit on other upgrades we have helped them make and wanted to ensure that the team’s logo was printed on the curtain as well. Adding another level of both branding and school spirit, our team not only designed the perfect curtain for the space, we ensured the logo was specified and placed correctly before being adhered to the fabric following manufacturing.

Once completed, our team was deployed to the university and made quick work of installing the new centre-drive curtain, made to operate without the use of belts. This curtain is capable of safely travelling at more than twice the speed of most other curtains on the market, delivering on value and efficiency.