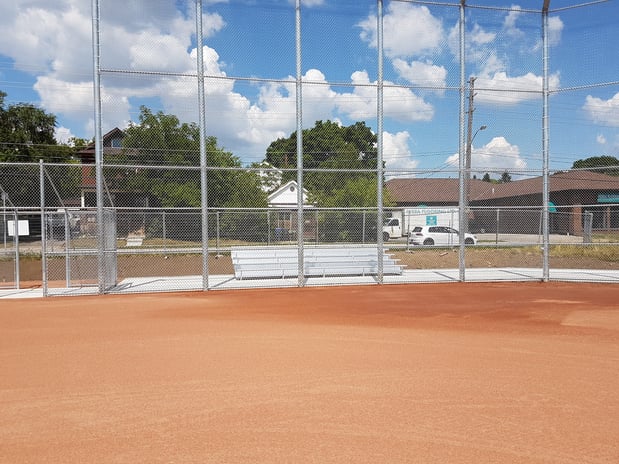 Donated in 1908 by John Walter Lyon, Lyon Park, located in Guelph, Ontario has come a long way over the years, due in part to the original agreement set forth by John Walter Lyon.  As part of the donation, Lyon added a condition to the agreement between himself and the City of Guelph.  His condition required that the city spend a minimum of $250/year towards upgrading the space over the course of 10 years.  He agreed to match the very same contributions that the city made in an effort to see this beautiful space upgraded over time and maintained regularly.

In its infancy, the park’s amenities included a canoe landing in the Eramosa River, a bathing house and a bandstand.  Over the years, as per the agreement, the park has been upgraded and now contains two softball diamonds, a mini soccer field, play equipment, a natural ice rink and an outdoor pool.

In late 2014, the city announced that it would, once again, be upgrading the park.  The upgrades would include reconfigured and upgraded softball fields, complete with new outfields, new backstops, bleacher seating and aluminum players’ benches to be installed in each dugout.  In addition to the list of equipment, additional recreational seating areas and formal trails were also to be added to the improvements. 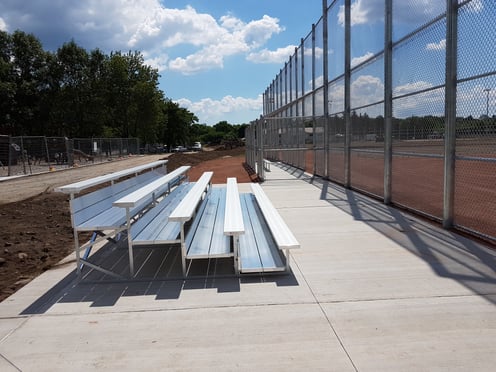 As the project developed, the city ultimately chose Sport Systems to handle the supply and install of both the bleacher seating as well as the players’ benches.

With increasing spectator seating in mind, the city ordered four banks of our non-elevated outdoor aluminum bleacher structures, comfortably seating up to 70 people per bank, allowing for a total of 280 spectators to take in the park’s sporting events. 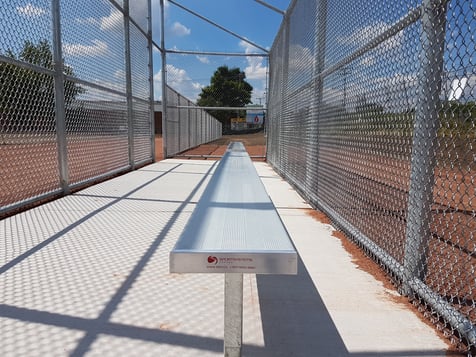 Moving into the dugouts of the ball diamonds, the city tasked us with the installation of eight aluminum players’ benches, giving the field and participants a more professional feel to the game.  Each bench was permanently installed into the surface of the dugouts, adding another level of durability to the product.