Outfit Your Baseball Outfield in Safety 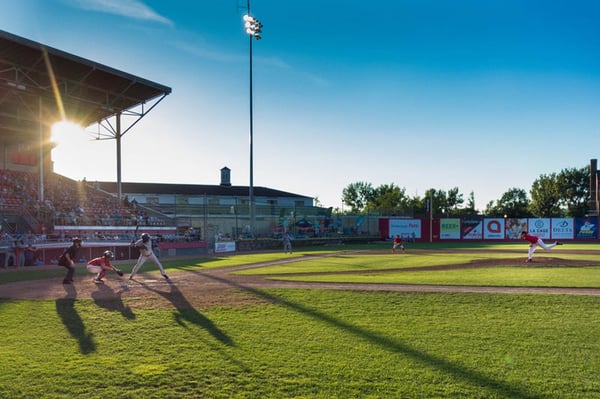 America’s game is played on diamonds of all shapes and sizes across North America. As one of the continent’s most popular sports, with an estimated 14 million participants in 2017, the need to ensure these spaces are safe for play by participants of all ages could not be more apparent.

While for some of us, grounding balls or catching pop-flies on a dusty old diamond in a former hay field was a rite of passage. For others in larger communities, well-groomed infields, pitching mounds and green outfields are more of what some are accustomed to.

In a game where so much attention is paid to the small round projectile, player safety can become an oversight. As we are in the heat of baseball season, we wanted to take the opportunity to showcase a few products aimed at keeping your diamond and players safe for many seasons to come.

We all know the dramatic elements of an awe-inspiring catch deep in the outfield along the outer walls of the diamonds. As an outfielder, there is nothing better than stealing the batter’s glory by snagging a ball heading over one of the rear walls.

In an area that at times requires so much finesse and speed by outfielders, protection along these walls becomes quite important. Just the same as major league ballparks across the United States, many smaller fields are also turning to protective padding for their infield and outfield walls. Manufactured with the same strength, durability and quality as the permanent wall padding we use in gymnasiums, customized padding is a must have for diamonds that see even the slightest bit of competitive use. 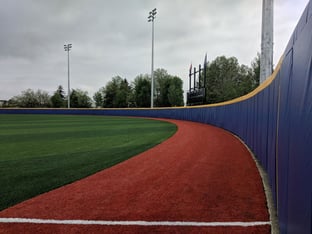 In addition to the protective outfield padding that should line all walls of any diamond’s outfield, the top of the fence should also have some protection, depending on how it was constructed.

For many smaller diamonds, outfield fencing is made up of yards of chain-link fencing. 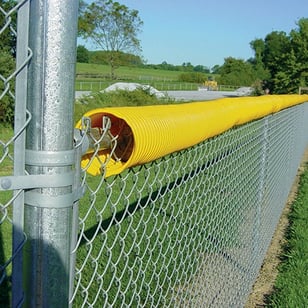 This fencing can have sharp end points that run the entire length of the field. In these cases, a protective fence topping should be installed to protect players against injuries as they attempt to make a game-changing catch.