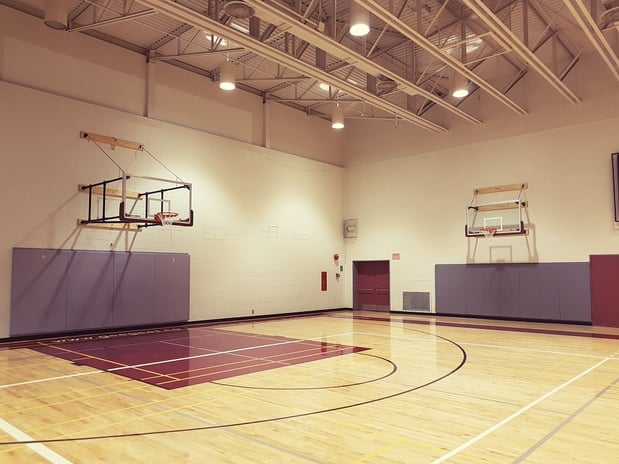 Not far from our offices on the outskirts of town, this project brought us to one of Ottawa’s most well-respected post-secondary educational institutions; the University of Ottawa.  In addition to being situated in the very heart of Canada’s Capital, the University of Ottawa is also the world’s largest bilingual university, serving students in both English and French.

This project found our team on the campus of this historic university as they were in the process of upgrading the current basketball systems in the university’s athletic complex.  In total, the school was interested in upgrading four wall-mounted basketball systems, complete with a new design, which would allow the facility to move the nets out of the way for other events held in the gymnasium.

The replacement project consisted of both the removal and disposal of the existing basketball nets that were installed years prior and the installation of the new systems recently ordered from Sport Systems.  Two nets were removed from the main court of play and the remaining two were removed from the side courts of the gym.

What were installed was our state-of-the-art, wall-mounted basketball systems that featured a side-folding design, allowing facility operators to quickly and easily move the systems against the wall, maximizing available floor and court space for other activities. 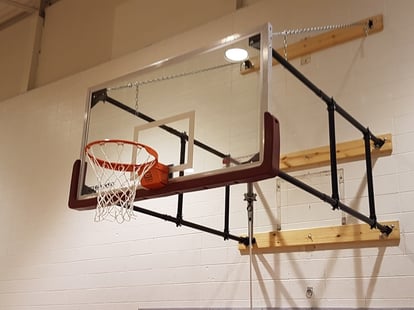 Each system comprised of regulation-sized glass backboards, PMCE bolt-on cushion edges for added safety and breakaway goals, much the same as is used in professional organizations such as the NBA.

Continuing with the project and to ensure the safe operation of the basketball courts, our team also designed, manufactured and installed new permanent wall padding under each of the recently installed basketball nets.

As part of our scope of work, we provided a load calculation sheet and full structural anchorage design sealed by our registered professional engineer. 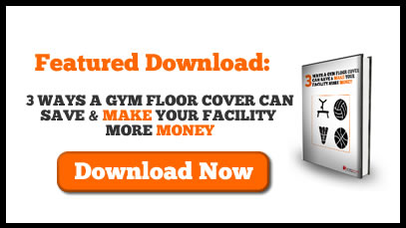