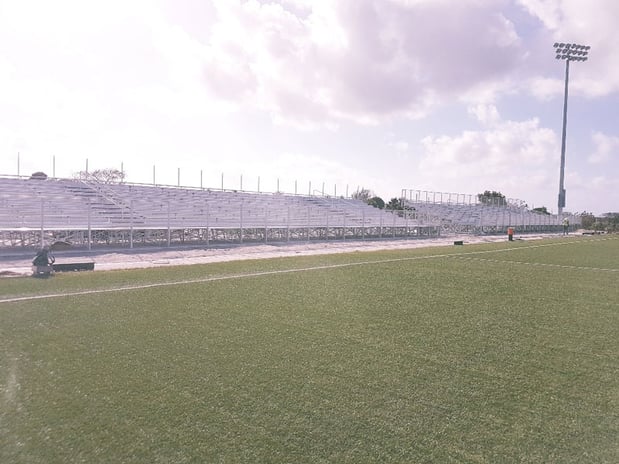 In the fall of 2017 we proudly announced an exciting project that had been in the planning process for a number of years. Working in conjunction with FIFA and our esteemed colleagues at the Barbados Football Association, the project was slated to get underway during the winter months.

As the details were confirmed through correspondence, it was soon time to have boots on the ground of the small island nation. As the necessary materials began arriving in Barbados to build the bleacher seating that would soon flank the sidelines of this exciting stadium, so too did our experienced installation crews. 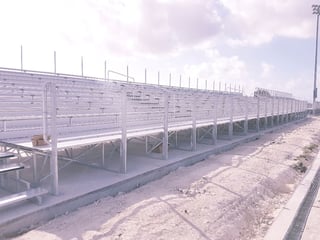 After touching down in paradise, it was off to work for our team as they quickly assembled and took inventory of the product that had previously arrived. Soon after, the work of building the grandstands took place from the ground up.

As of early March, our team had a pair of the banks of grandstands erected and were busy working on the remaining structures.

Currently, our team is still on the ground in Barbados diligently working on this project with hopes of having it completed before the end of this month. As the project progresses, we will surely keep you updated here on our blog and across all of our social media channels.