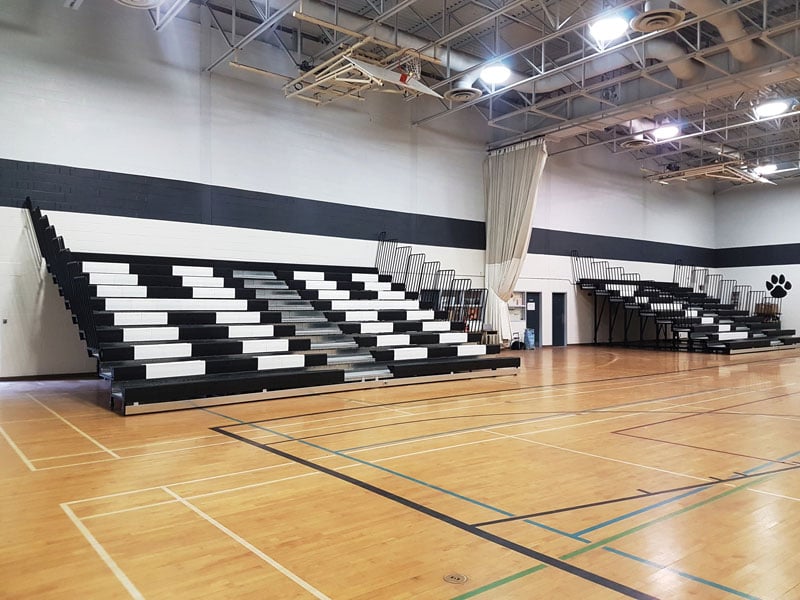 A little over a year ago, we were enlisted by the Anglophone South District School Board to outfit three of the board’s schools with innovative and customized retractable bleachers. As with many outdated retractable bleacher systems, the existing units were made of wood and were quickly becoming unsafe for both operators and spectators.

As part of the agreement, our team was contracted to remove and dispose of the existing bleachers and replace them with state-of-the-art units, complete with custom colouring and lettering.

As an extension of that project, we were again contacted by the school board to replace some existing bleachers that were approaching the end of their lifecycle.

Much the same as any telescopic bleacher replacement, our design team was heavily involved in the process of creating the perfect seating solution for inside the gymnasium of Hampton Secondary School in Hampton, New Brunswick.

In addition to no longer being consistent with safety codes, the existing wooden bleachers in the gymnasium were also no longer operational. With a budding sports program, particularly with basketball, school officials were more than excited for the prospect of new telescopic seating for use in the busy gymnasium. 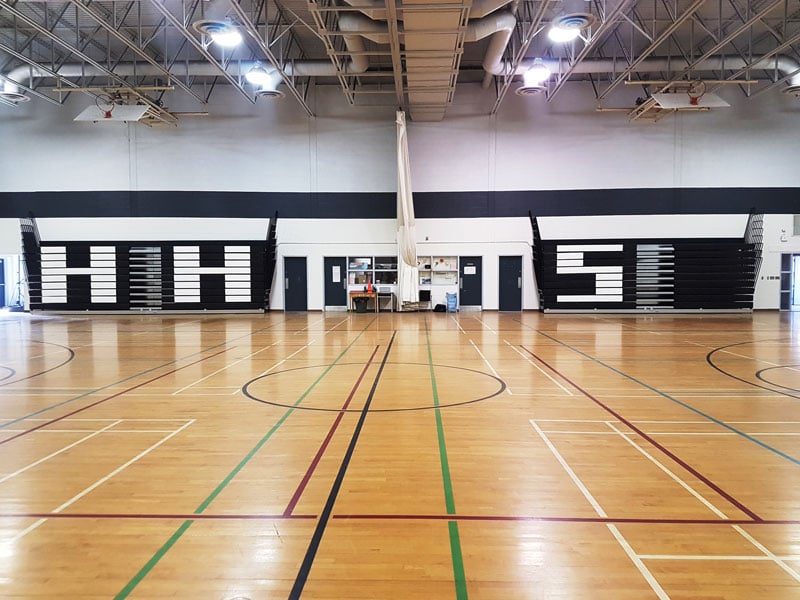 After the proper measurements and designs were created and approved by key stakeholders at both the school and the board, our team was once again in the air and headed to Canada’s east coast.

Upon arriving, our team quickly got to work removing and disposing of the existing wooden structure and installing the new system.

To match the school’s black and white colour scheme, the bleachers were created in a black colour with the school’s initials H.H.S. emblazoned on the seats for another level of customization.