The Role of Customized Padding in Prisons and Other Correctional Facilities 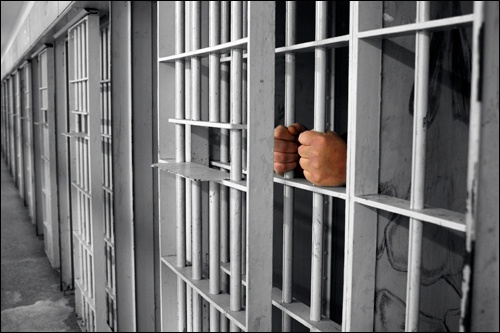 We specialize in a variety of different padding applications, where no two jobs ever seem to replicate one another. Our custom padding department is one of our most complex divisions as every surface, window, door, and angle must be taken into account during the design process.

We utilize the very best in technology and match it with our award-winning team members, each with years of experience in the custom padding field. While our padding department is deeply involved with many athletic-focused projects, in recent years we have witnessed our padding business grow exponentially into other niche markets.

With the emergence of quiet rooms, seclusion rooms, sensory rooms and snoezelen rooms in healthcare and educational facilities, our business has begun to expand into the correctional services as well. Today more correctional facilities such as prisons and penitentiaries are benefitting greatly from properly designed and implemented padded rooms for inmates.

A chief concern that has caused the spike in the need for padding in correctional facilities is self-injury. In Canada alone, the number of self-injury incidents in federal correctional facilities has nearly tripled over the last 10 years. More often than not, these incidents involve repeat offenders, revealing the need for the proper safety padding to prevent self-inflicted injuries. In 2011-2012, there were 912 incidents of self-injury reported that involved 303 offenders.

The most common forms of self-injury in correctional facilities are, but not limited to: cutting, head banging, self-strangulation, burning, ingesting of harmful objects and other forms of self-mutilation. Research suggests these forms of self-harming behaviour are used as a coping strategy for inmates who often are left to deal with negative emotions such as anger, depression, fear, anxiety and a feeling of loss.

While these somewhat newly introduced padded rooms are in no way intended to replace established prison management techniques and policies, they are provided on a case-by-case basis in order to supplement these facilities and aid them in supplying a safe environment for both the inmates and prison staff and officers.