A New Netting Barrier for the Fitzroy Harbour Community Centre 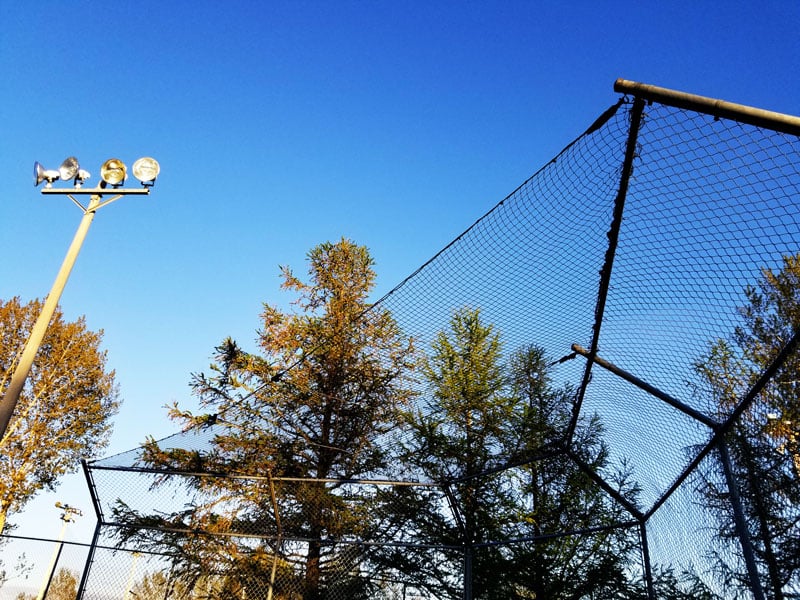 While we aren’t talking about any current Major League hitters when it comes to community baseball diamonds, we are talking about the big bats of the future. As such, with many community organizations or municipalities, keeping balls in play and out of creeks, lakes, parking lots and crowds is always priority number one.

This was the case in one of our more recent projects in the west end of Ottawa. Located within city limits, the small village of Fitzroy Harbour is situated along the Ottawa River at the confluence of the mighty Carp River. This small village is one of the last stops on the west Ottawa border and is also home to Fitzroy Provincial Park, servicing outdoor enthusiasts since 1963 amid century-old white pines and 200-year-old bur oak trees.

It was here that key stakeholders from both the City of Ottawa as well as the Fitzroy Harbour Community Association teamed up to help solve a stray ball problem at the Fitzroy Harbour Community Centre. Constructed in 1977, the facility serves as a hub for local residents and features a main hall, meeting rooms, two softball diamonds, soccer pitches, a playground and an outdoor rink. 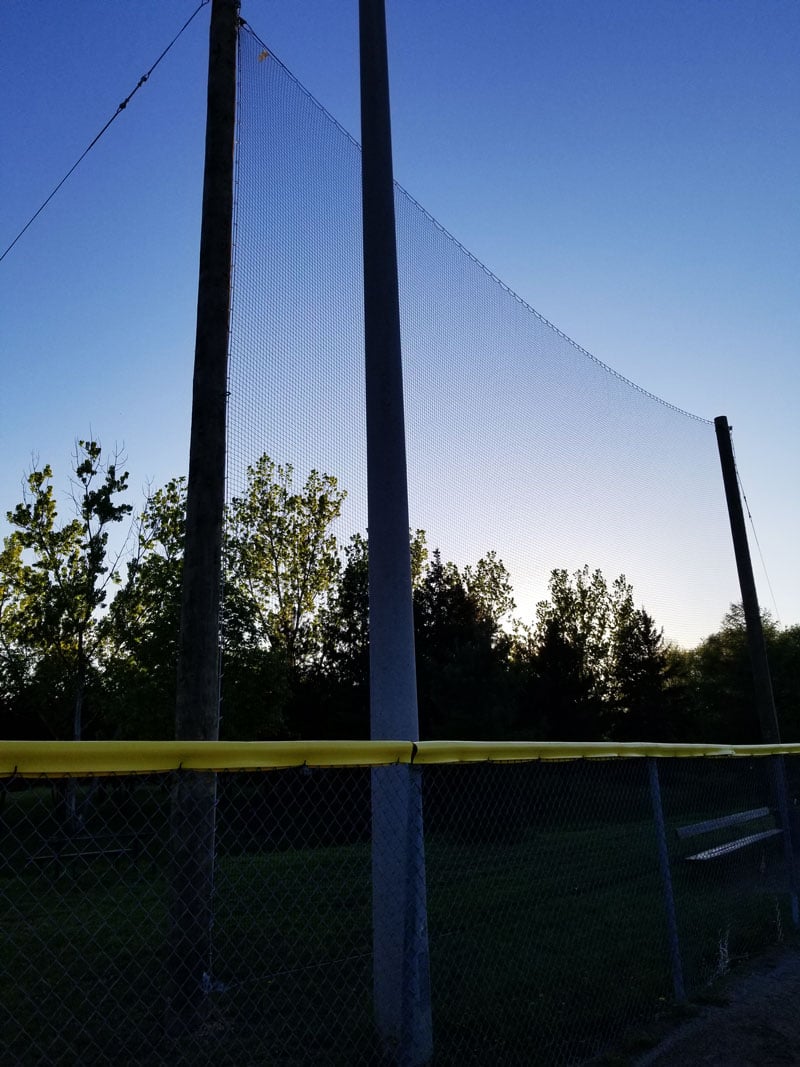 With a small ravine feeding into the Carp River located directly beside one of the baseball diamonds, many a foul ball were swallowed by the stream over the years and key stakeholders were in search of a solution to the problem.

Our team was enlisted to design and install a comprehensive netting barrier that would be located behind one of the dugouts that would mitigate the risk of lost balls. Upon acceptance of the project, our team was on-site to measure out the correct boundaries and to begin by installing two hydro poles to keep the netting in place.

After the two poles were installed, our team strung up the netting barrier without incident where it now proudly separates the game on the diamond from the pristine stream and ravine to the side.