In the name of safety, our team was once again involved in a vital project aimed at reducing the risk of injuries to both spectators and players. The project was brought to our attention last year as we were contacted by officials with the City of Brampton, a suburban neighbourhood located in the Greater Toronto Area.

As a sports-focused community, the City of Brampton has produced several professional-level athletes such as NHL stars Rick Nash and phenom Tyler Seguin, among many others spanning across a variety of sports.

The focus of the project was on Duggan Park, a busy recreational area located smack dab in the middle of town. The park, containing a pair of baseball diamonds and one of the city’s more popular dog parks was having trouble containing errant baseballs as they were continually smacked over the outfield walls.

With the growing number of sluggers visiting the park and taking part in organized baseball leagues, the risk of injury became apparent as quite frankly, there were just too many home runs being hit. The risk lay in the fact that the two diamonds were adjacent to one another and when participants hit a home run over the left field fence, not only were players on the other diamond at risk, so too were any spectators. 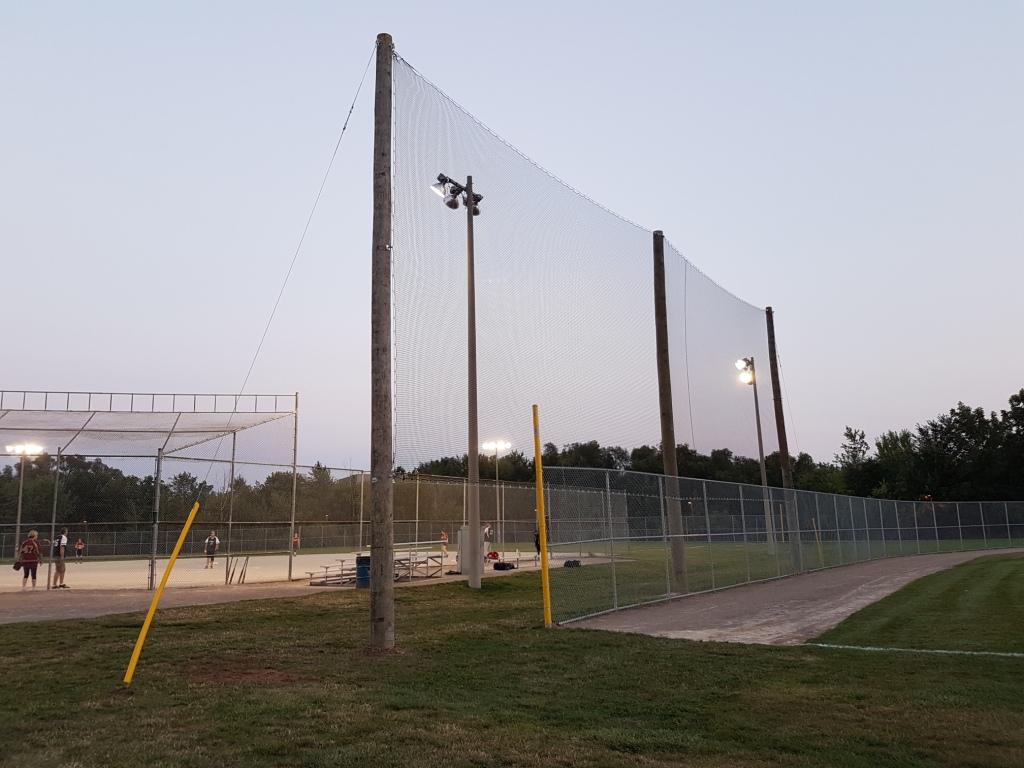 Acting swiftly, we immediately sent our field team down to the location to have a look at the situation, take measurements and assess what kind of netting solution would be required to mitigate the problem of the heavy hitters.

A custom netting barrier that would separate the two ball diamonds was what was eventually agreed upon between our team and officials with the city. In addition to removing the risk of human injury, the city was interested in a solution that would allow them to also extend the life of the netting. With harsh winters often experienced in Ontario, our team brought a customized design to the table that would allow the netting barrier to be retracted once the snowflakes began to fall.

In addition to drastically improving the safety at the park, the netting itself can be protected from the elements when necessary, as our team once again brought a customized solution for a client truly in need.