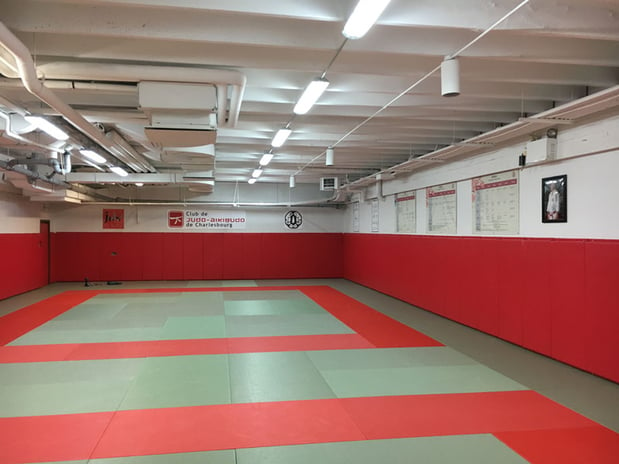 Directly translated as “the path of harmony through martial practice,” the martial art of aikibudo is unique in that both the attacker and the defender are referred to as partners rather than adversaries. The Japanese martial art is unique in that the traditional philosopher recognizes neither a winner nor a loser.

Tracing its roots back to the 1930s, this martial art has gained international acclaim in recent years, particularly in France, as well as in Europe and North America.

As part of one of our more recent projects, we were introduced to the art of aikibudo by the highly-trained team at Judo Aikibudo in eastern Quebec. As a borough of beautiful and historic Quebec City, the team at Judo Aikibudo specializes not only in aikibudo but also in other martial arts such as judo, tai-chi and self-defense training for women.

As part of a recent upgrade to the dojo, our team was contacted as they were looking for a complete wall padding solution for the facility. In addition to requiring a system that would protect their students and practitioners, they also wanted one that added some aesthetic prowess to the location.

After working with our design team, we were able to create a customized solution that would satisfy both of those needs. As detailed measurements were acquired, we also worked with custom colour swatches to ensure the colour chosen would match the facility and the school’s branding for many years to come. 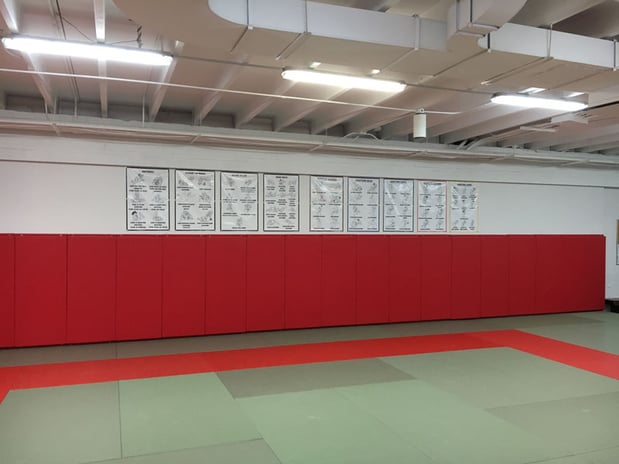 With padded flooring already installed, our team was able to match the red detail already present in the dojo. Once approved, our partners were on-site to install the padding in a streamlined manner.

What remains today is a complete safety padding solution that looks as disciplined and focused as the students and staff of Judo Aikibudo.