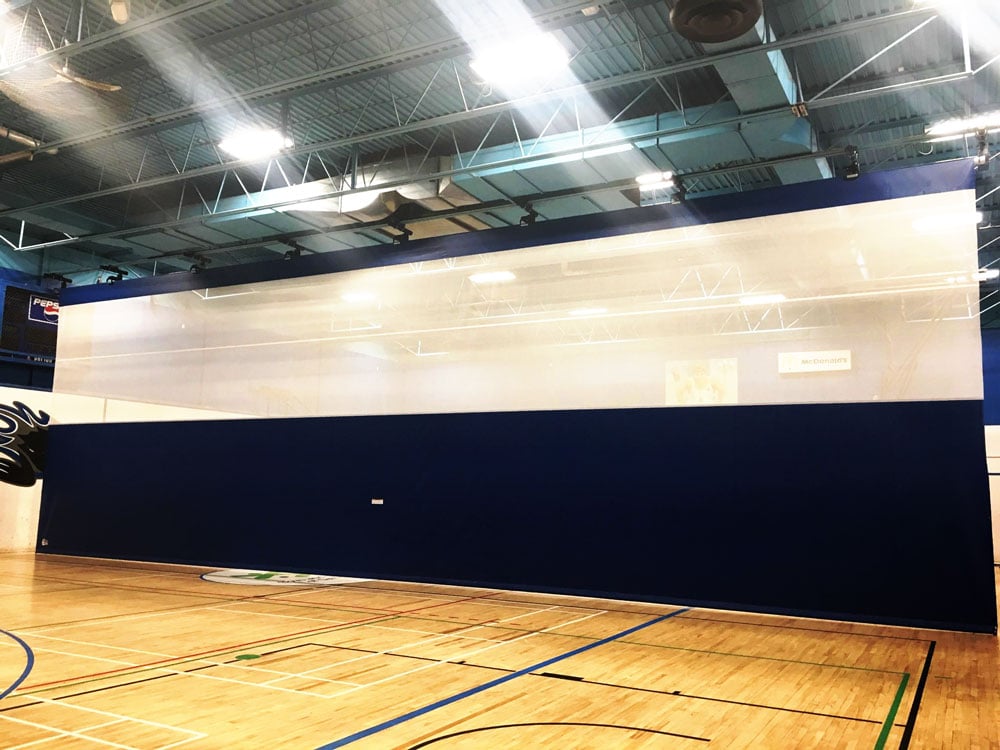 One of our most recent projects took us to the Bay of Fundy on Canada’s East Coast to help the Boys and Girls Club, one of our favourite organizations. With locations throughout Canada and the United States, these clubs provide children and youth with life-changing programming and community-based services that aid them in developing the skills required to lead a healthy, productive life.

We have had the pleasure of working with a number of these clubs across North America and this time, we were happy to be involved with some work at the Boys and Girls Club of Saint John, New Brunswick.

The club was outfitted with a gym divider a number of years ago which recently had become troublesome to operate and fears of possible injury were mounting. Reaching out to our partners in Eastern Canada at Interior Visions, the club requested that they come and have a detailed look at the curtain and see if replacement was necessary. After a number of site visits and on-going maintenance issues, the club made the decision to replace the curtain with help from our partners. Having extensive industry experience, the team at Interior Visions was quick to suggest our most popular gym divider curtain, the 4040XL top-roll curtain.

Powered by a strong motor, these curtains have grown in popularity due to their ability to be easily and safely stowed in minimal overhead space. Additionally, they are an aesthetically pleasing choice and are backed by one of the best warranties in the business.

Site measurements were taken by the team at Interior Visions and were promptly sent to our design team at company headquarters. The design team was quick to prepare detailed drawings and ensure the curtain would fit the space seamlessly. 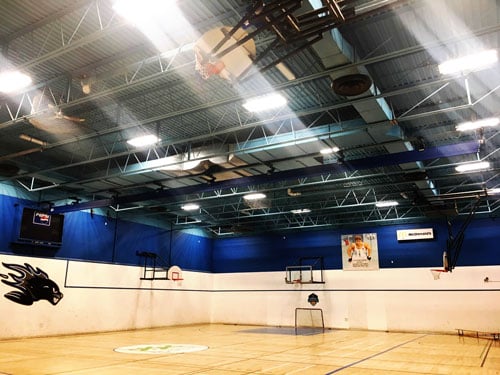 Once everything was signed off, the curtain was shipped down to the east coast and met by the team at Interior Visions.

There they dismantled and safely disposed of the existing curtain and made way for the new gym divider to be installed. The team worked tirelessly to get the new curtain installed, allowing the Boys and Girls Club of Saint John to carry on with their important programming for the youth in the Saint John area.