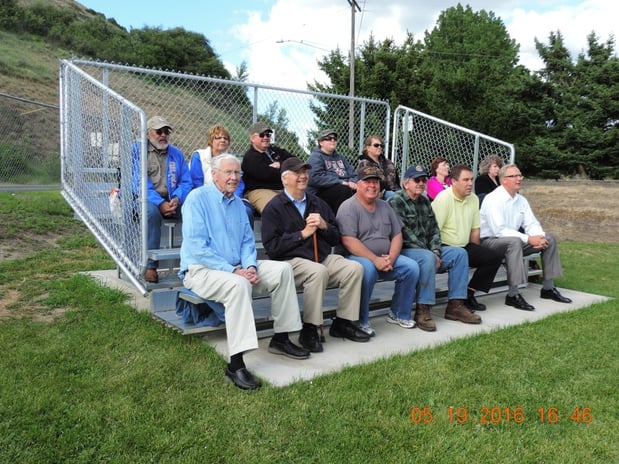 Operating since 1905, the Rotary Club is made up of 1.2 million members who work diligently throughout each and every year to overcome their community’s toughest challenges.  Through the strength of the Rotary Club’s resources and partners, individual clubs are able to successfully promote peace, fight disease, support education and help communities flourish.

One of our most recent projects was with the fine folks at the Colfax Rotary Club located amidst the wheat-covered hills of Colfax, located in eastern Washington state.  The Colfax Rotary Club was chartered back in 1950 and ever since has entrenched itself into local community projects and one international project each and every year.

In addition to providing three college scholarships to local students each year and volunteering their time to man the gates at the Palouse Empire Fair, the Colfax Rotary Club owns and maintains a Little League baseball field for the benefit of their community. 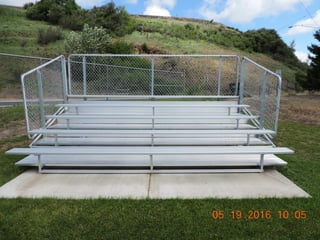 It was this baseball field that led the Colfax Rotary Club to us as they were pursuing options to add some much-needed spectator seating for their beautiful community field.  The Club ended up ordering a bank of five-tier aluminum bleachers in a 15’ foot length, allowing the program to safely seat up to 50 spectators for upcoming games at the field.  The seating structure was also fully equipped with a guardrail system that fully encompasses the bleacher, providing additional safety for spectators.

Additionally, the Club also ordered an 18’ aluminum player’s bench for participants, giving the players and coaching staff a comfortable place to sit during games. 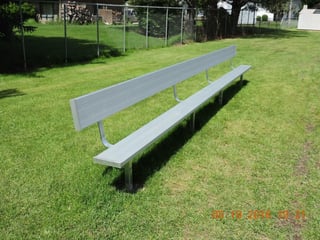 Volunteers with the Colfax Rotary Club assembled the products themselves with the help of our assembly instructions included in all orders.  Their team of volunteers was able to get the seating structure completed quickly and safely and looks forward to taking in a few games this season with these new upgrades to their community-focused baseball diamond.