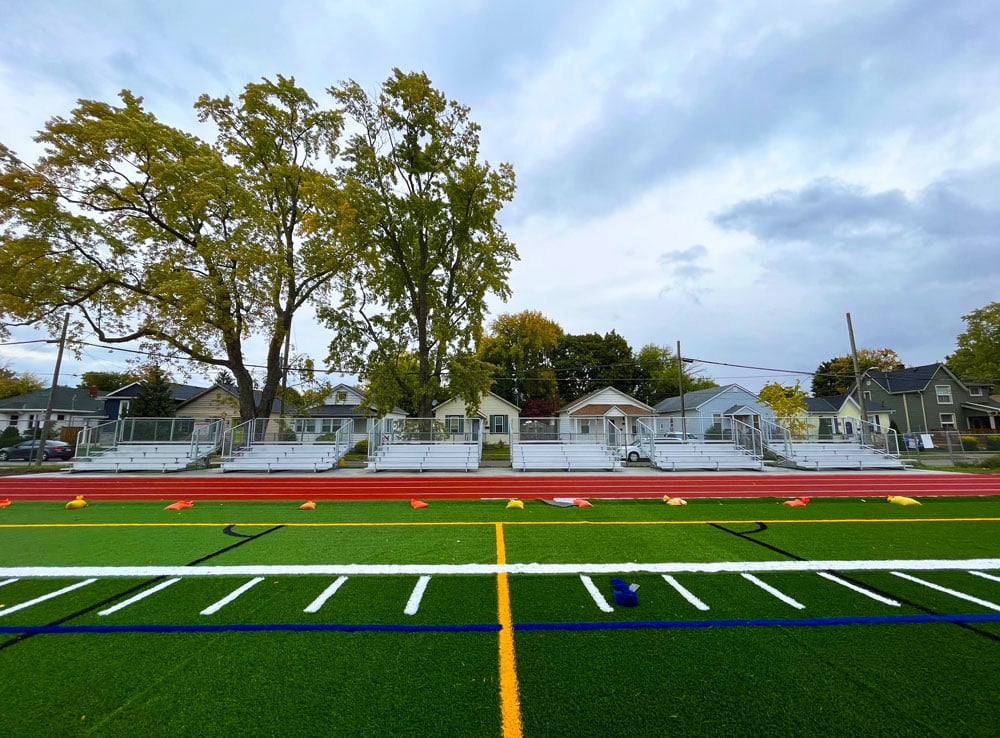 Officially nicknamed the “Garden City’ for its over 1,000 acres of parks, gardens and recreational trails, St. Catharines is the pride of the Niagara region, outside of the falls, of course.

Located just 19km (12mi) from the Canada-US border, the city’s industry is dominated by manufacturing and trade, where organizations such as General Motors headquartered their Canadian operations until just a few years ago.

Today, the city’s largest employer is the District School Board of Niagara, which serves as home to roughly 43,000 students. Not far behind the opening of the original General Motors plant, was the development and construction of what is now the home of St. Catharines Collegiate. The institution’s history dates back to 1829 when it operated as the Grantham Academy and eventually the St. Catharines District Grammar School. It was officially renamed the St. Catherines Collegiate Institute and Vocational School closer to the turn of the century, leading up to the construction of the school at its current location on Catharine Street, the school officially opened in 1923. 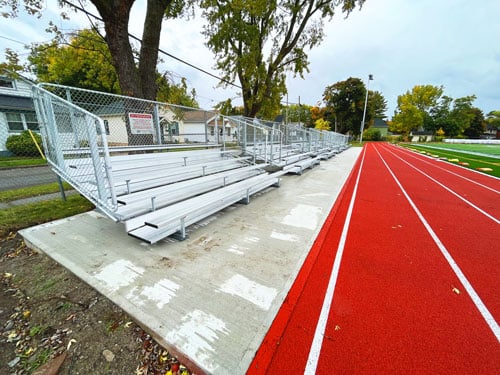 Having done a number of projects in the Niagara region in the past, this was our first project at St. Catharines Collegiate. orking closely with our partners at WorldWide Turf, they were able to successfully secure a tender to complete the upcoming renovations to the school’s sports fields.

Included in the tender was the installation of a new artificial turf sports field, a synthetic running track, new lighting and some new seating to help house the school’s growing fan base.

After working with our partners at Worldwide Turf and with key stakeholders from the college, it was determined that the school would require a number of new banks of bleachers for placement along the sidelines of the new track and sports field. 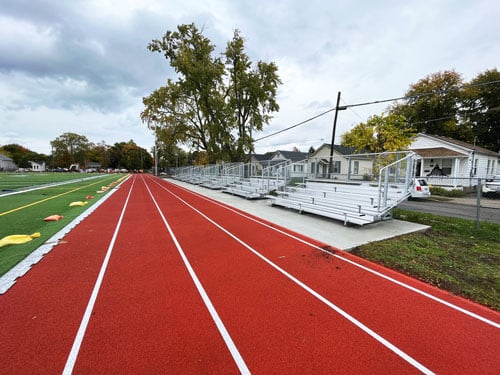 The school selected our five-row outdoor aluminum bleachers complete with guardrails for the project. Following the on-site construction at the school, the product was shipped down to St. Catharines where it was installed along the sidelines. We are pleased to have been part of this project which will be completed before the winter season and look forward to seeing the final results in the coming spring and summer months. 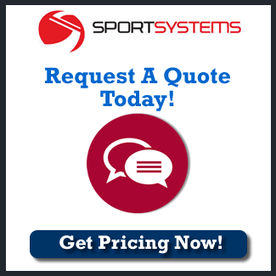