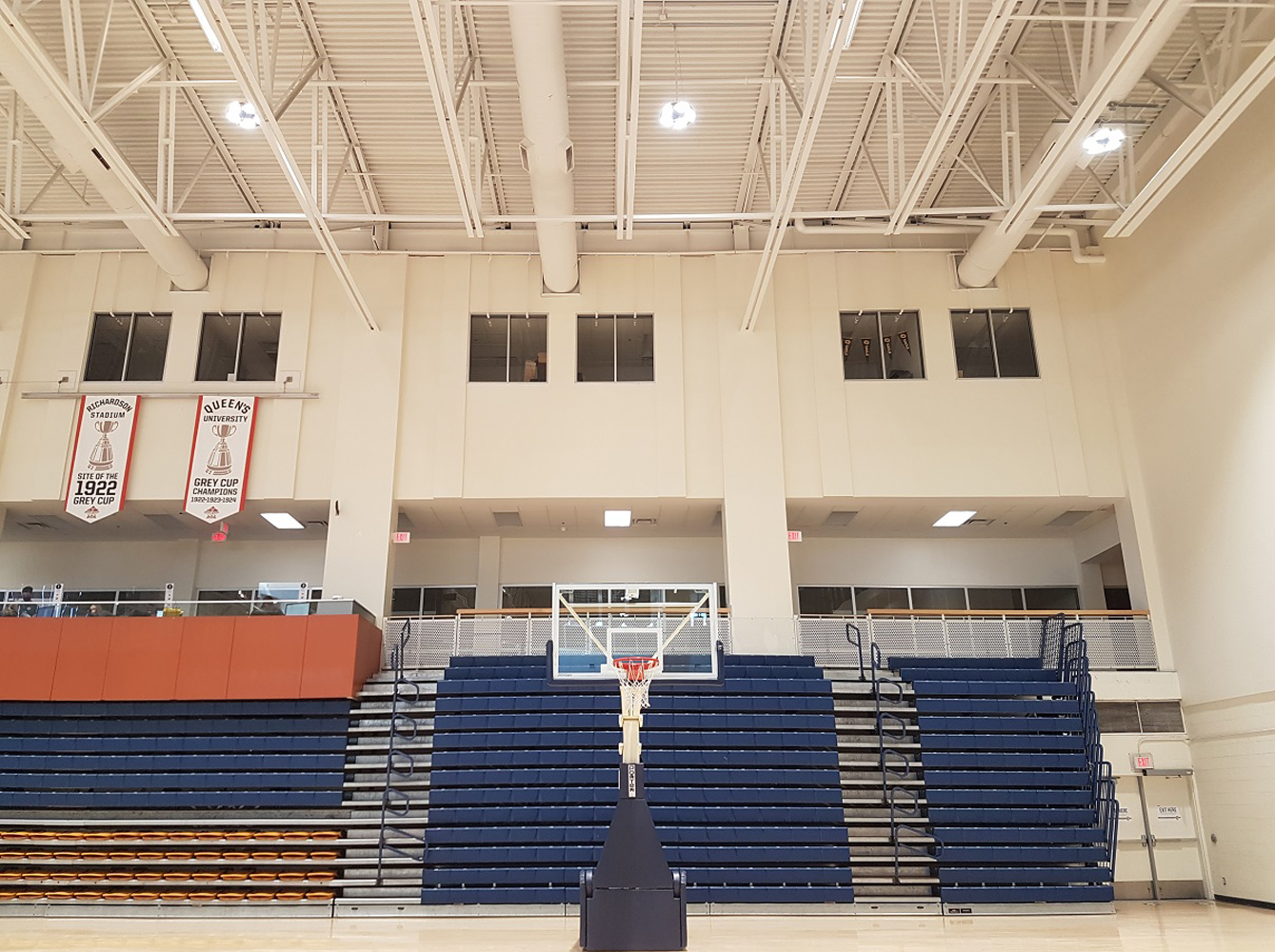 Basketball is one of the most popular sports in the world. For those of us who love the game, we played in our driveways as kids, followed our favourite college or professional teams on television, attended school games, and eventually became players ourselves.

The game means a lot to us as a company as well. Back when we were a two-man shop in the
early 1970’s, we cut our teeth designing custom basketball hoops here in Almonte, the home of
the inventor of basketball, Dr. James Naismith. Historically speaking, the game of basketball is
eventually what put us on the map and is what inevitably propelled us to become what we are today.

Over the years, we’ve had the pleasure of working closely with some of the most iconic and
storied facilities and institutions across North America and around the world. Located not far
from our headquarters is Queen’s University, in picturesque Kingston, Ontario.

We’ve been fortunate to have been connected to Queen’s for a number of years now and have
had the unique opportunity of watching the school continue to grow both academically and
athletically.

While we had previously been involved with a number of smaller projects with the school, the
culmination of our relationship with the institution resulted in us being chosen to completely redesign and rebuild Richardson Stadium. This project, which took place over the course of a number of years was and still is a testament to the relationship we have with key stakeholders at Queen’s as well as to the confidence a school of this caliber has in our organization. The partnership flows both ways and we continue to work closely on a number of projects for their beautiful campus.

Reporting 80% of its students as involved in competitive and non-competitive sports, Queen’s University places a high value on athletics. With teams in a number of sports including hockey, football, soccer, volleyball, basketball and many more, the Queen’s Gaels are a force to be reckoned with both from an academic standpoint and an athletic one.

With a desire to continue fostering a love for basketball, the university reached out to Sports
Systems and enlisted our help in renovating their current basketball systems. Our involvement in
the Queen’s University project required two phases to reach completion. The first phase was
the demolition and removal of the current equipment, followed by the second phase, which
would involve the installation of the new units.

Getting started on the first phase, our team conducted onsite consultations on campus which allowed our team to assess what exactly was required to complete the project from start to finish. With large
portable basketball units paired with tight doorways and spaces, the right equipment and the right
team would have to be in place to get the job completed in an efficient manner.

After assessing the logistics of phase one, we began to dismantle the existing basketball systems and to prepare them to be moved out of the gymnasium. Given the fact that these units had to be hoisted up and out, our team ensured they were packed safely on a flatbed unit before the removal process began. A heavy-duty logistical feat like this could seem daunting to some, but it is our experience, our ingenuity and drive to get the job done that allows us to excel at projects such as this.

The scale of this project required extensive knowledge of the equipment being used, as well as the professionalism needed to accomplish the project in a timely manner. It is with utmost satisfaction that we are able to report that the first phase of this project has reached completion.

As the school continues the renovations to the gymnasium, the second phase will involve the
installation of new state-of-the-art professional portable basketball systems. We look forward to
continuing to monitor the progress of this project and being involved in the final phases in the
near future.