Located at the confluence of the Thames River is the City of London, Ontario. Founded in 1826, the once small village has blossomed into the largest municipality in southwestern Ontario and is one of the larger metropolitan areas in Canada.

It’s a city that we have a rich history with as a company as well. Having recently worked at the University of Western Ontario, heading to this picturesque city is something our team always looks forward to. This trip was no different, this time having been commissioned by a local high school to replace outdated indoor bleachers.

GameDay GraFX Makes an Impression at Eastern University in Pennsylvania 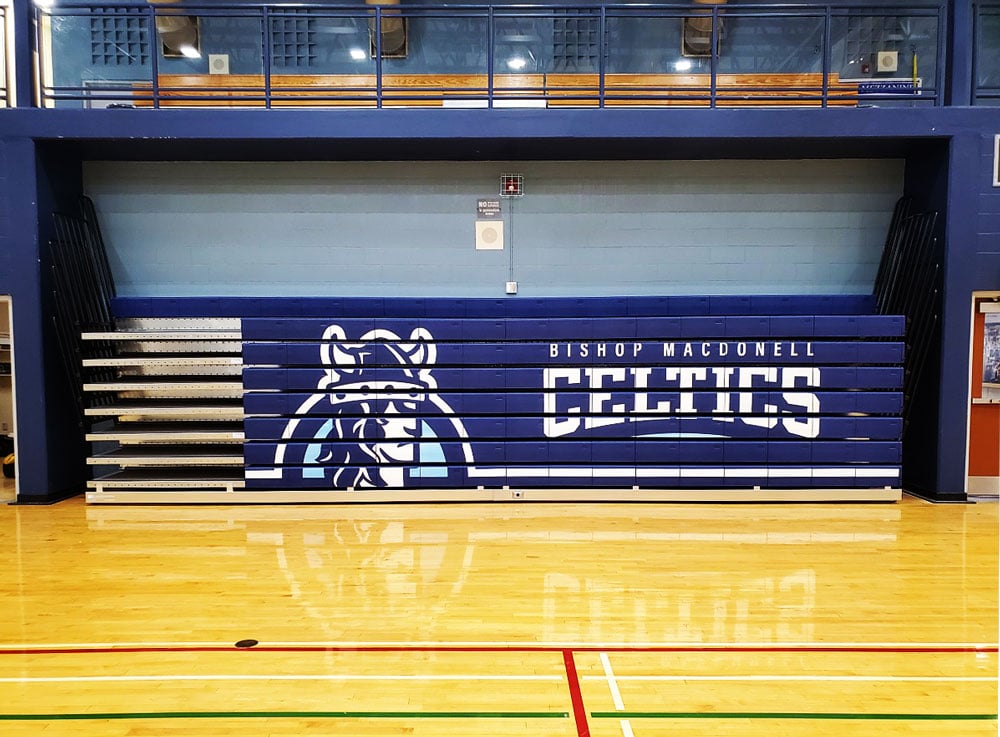 Located in central Arizona, just south east of Phoenix, lies the charming town of Chandler and more importantly, the home of Basha High School. Opened in 2002, Basha High School was named after Eddie Basha, Jr., a dedicated community member who called Chandler home until his death in 2013.

Basha High was the third high school built by the Chandler Unified School District and currently has over 2,500 students enrolled. In addition to a high standard of academic accomplishment, the school is home to the Basha Bears, an athletics program that has consistently gained notoriety in the state of Arizona. Early on in the school’s history, their softball team was crowned state champions in 2008 and 2009, volleyball state champions in 2019 and boy’s basketball state champions in 2017. In addition to those accomplishments, their cheerleading team is a five-time winner of Arizona’s co-ed Cheer State Champions.