New Rugby Goals for the City of Toronto 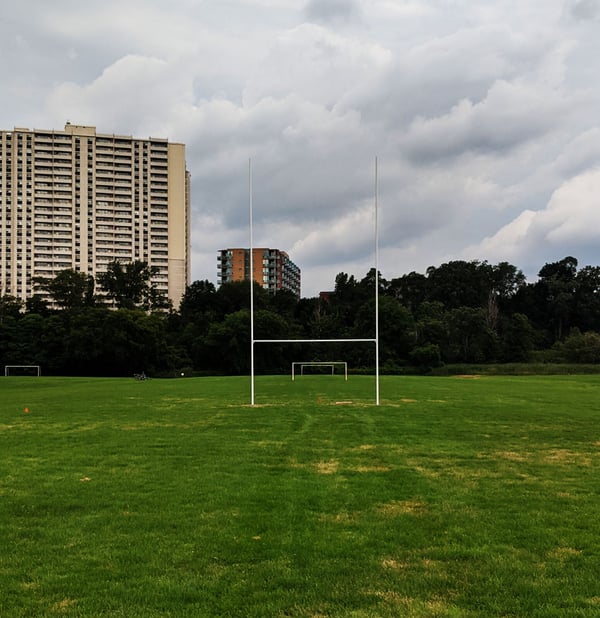 In search of a new set of rugby goals for one of their biggest athletic parks, the City of Toronto once again came knocking at our door. Having done a few projects together in the past, they are a group that we truly always enjoy working closely with. When the time comes to outfit an outdoor venue, we are always flattered to make the short list of potential partners. In early 2020, the city was in search of a new set of rugby goals for Eglington Flats, located in the York region. Constructed on the Humber River Floodplain in 1954, today the park is heavily focused on sports, with six soccer fields, four field hockey pitches, a football field, winterized tennis courts and of course, the rugby field. 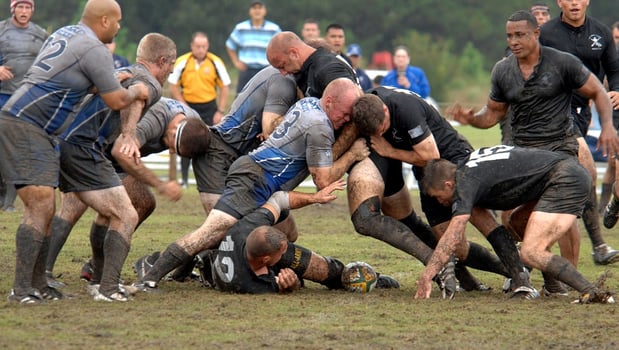 This week officially marks the start of summer here in Canada and the United States and with that soon comes the kick-off of rugby seasons for leagues across the continent.  Professionally speaking, the USA Rugby League kicks off their season and run until their championship matches toward the end of August.

In addition to these leagues, the sport of rugby will take the world stage for the first time in 94 years at this summer’s 2016 Summer Olympic Games in Rio Di Janeiro, Brazil.  The last time the sport was played in Olympic competition, the United States claimed gold and is planning to defend its title with vigour when the games kick off on August 5, 2016.

The Return of Rugby 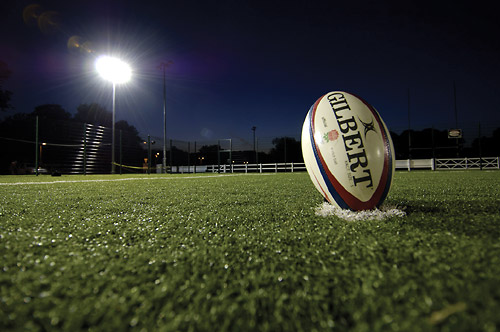 After a 94 year hiatus, rugby is set to make its grand return to the 2016 Summer Olympic Games.  The last time the sport was an Olympic contest, the United States rugby team took home the gold.  It was since deemed too violent for the Olympics, and following those 1924 games, rugby lost esteem in the mainstream American sports world.

Despite a disappearance from public eye, rugby culture in America has stayed very much alive.  Rugby is hugely popular in college sports counter culture, keeping the spirit of the historic sport alive even its absence from the Olympics.  As we approach the year of its return to the games, is is likely that rugby will gain even more attention than it has in recent years.

As a sport, rugby has had a reputation associated with binge drinking and violence.  However, this image is rather dated.  While one draw of the sport is that it is easy on the rules and tough on the body, it is not taken lightly by rugby players - men and women alike play rugby for the love of the game.  Even though American rugby is regaining its footing with the approach of the 2016 Olympics, club teams still struggle for recognition and field time in their towns and at their colleges and universities.

As defending Olympic gold-medal champions, the United States has a reputation to uphold in the world of rugby.  It is the duty of colleges and other sports facilities to get behind this raw talent and enthusiasm for the sport by making space for these club and recreational teams on their fields.