Heading back to the region  of the 1,000 Islands, about 90km (56mi) from our company headquarters, is a small riverfront city our crews always look forward to working in. Close enough for a day trip, but seemingly far enough away from home to enjoy the charm of it all once you arrive.

Working again with the City of Brockville, our team was brought in to assess the seating situation in one of the local parks. Brackenreid Baseball Park is often denoted as one of the best little league fields in southern Ontario, and with good reason.

Officially nicknamed the “Garden City’ for its over 1,000 acres of parks, gardens and recreational trails, St. Catharines is the pride of the Niagara region, outside of the falls, of course.

Located just 19km (12mi) from the Canada-US border, the city’s industry is dominated by manufacturing and trade, where organizations such as General Motors headquartered their Canadian operations until just a few years ago.

As schools across North America begin to plan reopening, many are in the midst of upgrading facilities and spaces. With students learning virtually, schools have been placed in a precarious state of affairs over the past twelve months, leaving many facility managers wondering what the next steps would look like.

As the planning process continues, we are seeing a flurry of activity as the pandemic rounds the corner and we begin to resume our daily lives in the safest way possible. In addition to athletic infrastructure such as gymnasium upgrades, our custom padding department has been working diligently on churning out new designs and custom projects.

One such project was brought to us once again, by our partners at King Carpentry in southern Ontario. Working closely with school boards, their team is knowledgeable and effective and is quick to secure jobs and perform installations in a safe and timely manner.

Although operating during a time where travel has been drastically reduced, we were pleased that one of our recent projects took us through the beautiful Canadian province of Québec. Heading east of our headquarters, we travelled to beautiful Sept-Îles, which as its name would suggest, is made up of seven main islands in the Gulf of the Saint Lawrence River.

As one of the only locales in the region with a paved connection to the remainder of the province’s road network, the town is also home to a number of major iron companies. Sept-Îles has produced a number of NHL players including the great Guy Charbonneau and is the subject of the popular Gordon Lightfoot song “Seven Island Suite”. 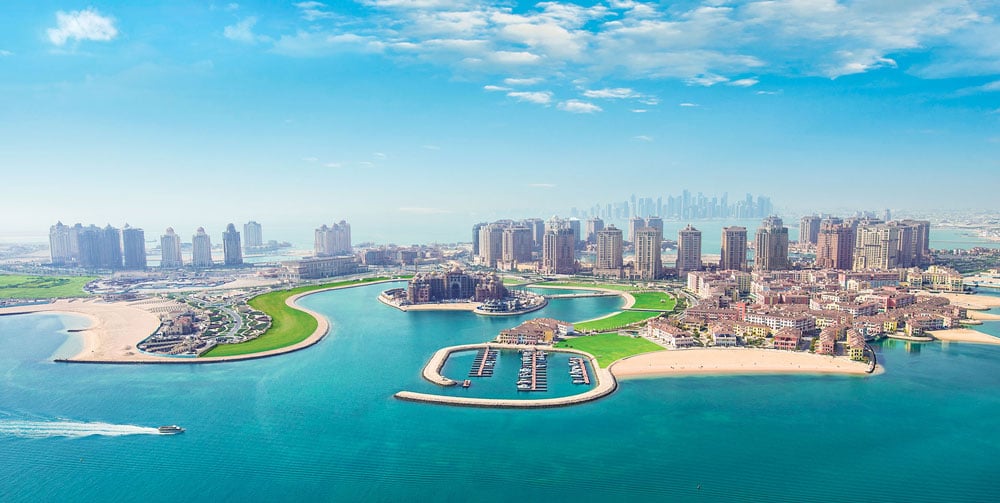 As part of one of the largest real estate developments in the Middle East, we were invited by our partners in the region to participate in the project of developing The Pearl Qatar.

Comprising of nearly four square kilometers, The Pearl Qatar is a stunning artificial island designed to resemble a string of pearls, recalling Qatar’s history of being one of the world’s top pearl traders prior to the region’s oil boom.

As part of the development, the United Development Company, continues to add amenities for residents of this premiere community. In addition to the community’s luxury villas, apartments and townhomes, it is also home to an award-winning marina, beautiful beaches, and a number of gyms, in addition to the region’s premiere soccer pitch, the Temba Arena.

Rock and roll, bell bottoms, free love and extremely heavy folding gym partitions are just a few characteristics of the 1950s, 60s and 70s. While the former are relatively unthreatening, the latter has become one of the biggest safety concerns athletic facility operators face today.

After serving the purpose of dividing a space for a number of decades, the fact that many of these antiquated systems are still in operation today pose a variety of safety risks to both operators and participants.

Designed using heavy materials and often with not enough horsepower to operate them, these outdated gym dividers have made unfavourable appearances in the media over the past two decades, having caused a number of of injuries and even some deaths.

One of our most recent projects took us to the Bay of Fundy on Canada’s East Coast to help the Boys and Girls Club, one of our favourite organizations. With locations throughout Canada and the United States, these clubs provide children and youth with life-changing programming and community-based services that aid them in developing the skills required to lead a healthy, productive life.

We have had the pleasure of working with a number of these clubs across North America and this time, we were happy to be involved with some work at the Boys and Girls Club of Saint John, New Brunswick.

Committed to fostering a safe, supportive and stimulating environment for students, Ancaster District High School provides a variety of transitional programs and leadership opportunities for its students.

Located in what’s known as Toronto’s Golden Horseshoe, the school is located on the western fringe of the city of Hamilton, a port city located at the west end of Lake Ontario.

In addition to the school’s focus on academics, Ancaster High School also takes pride in its extensive athletic programming. Representing high school athletics as the Ancaster Royals, the school’s gymnasium serves as a hub not only for physical education but also for pride and recognition of the students’ athletic prowess.

Custom Padding for the National Cowgirl Museum & Hall of Fame 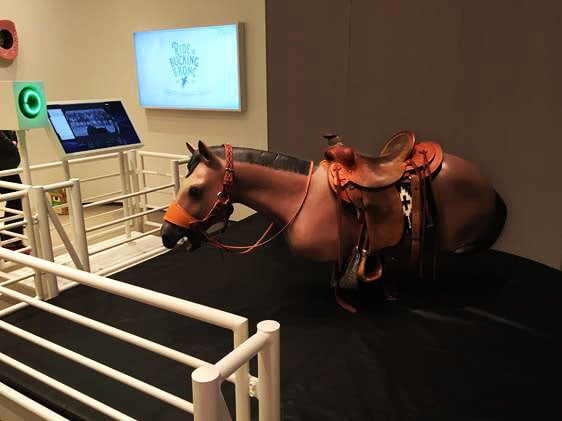 Honouring current, past and present women whose lives exemplified the courage, resilience and independence that ultimately shaped the American West, the National Cowgirl Museum and Hall of Fame is the only museum in the world dedicated to preserving their history.

Located in Fort Worth, Texas the museum is home to more than 4,000 artifacts and information regarding over 750 remarkable women, celebrating their decorated past and on-going contributions to American society today.

In 2015, the museum began the early stages of what would be a massive $5.5 million renovation that eventually made its way upstairs to the facility’s second floor. With much fanfare, the second floor was once again open to the public earlier this month and we were fortunate to have been involved with the redevelopment of one of the museum’s attractions. 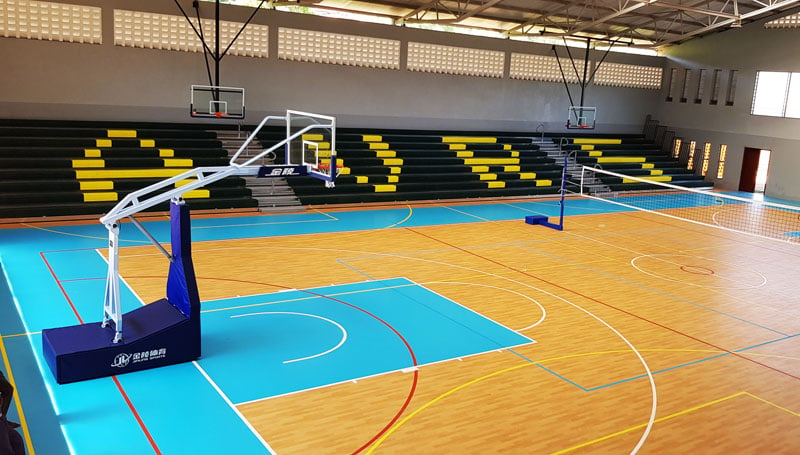 In the 40 years in which we have been in operation, our proudest accomplishment has been not only our rapid expansion in Canada and the US, but also into other foreign markets such as Kuwait, Barbados, and Europe among many others.

Once again, we were fortunate to have another international invitation to bring athletic equipment abroad, this time to the African nation of the Republic of Uganda. Located in east-central Africa in the Great Lakes region, the country is completely landlocked except for a portion of their border on Africa’s largest lake, Lake Victoria.

Near the end of 2016, our team was directly contacted by Richard Stanley from the 303 Development Group located in Staten Island, New York to discuss the possibility of a new multipurpose sports facility in Uganda. As a part of an expansion to the Allen VR Stanley Secondary School, the facility was in the process of planning a new indoor pavilion that would accommodate sports such as basketball, badminton, volleyball and many other events. The construction of such a facility would prove to be the first of its kind in the Republic of Uganda and one that had everyone very excited.